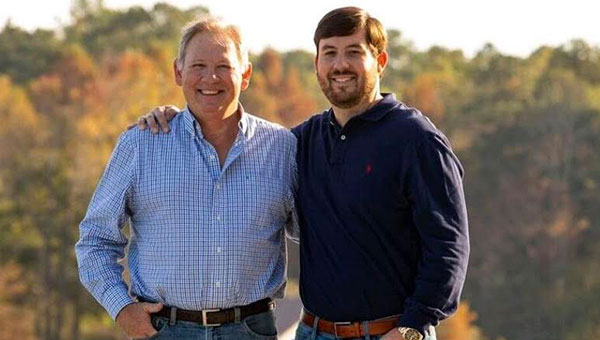 Mohon challenges other businesses to help, too

In the past two years, the Gitty Up-N-Go gas stations have given more than $357,000 to local charities, and owner Roy Mohon said that he wants to challenge other companies to do the same.

Mohon said that he decided to go through the Rotary Club because he had no idea how to make sure the money he was donating would make it to local charities.

“I went to the Rotary Club two years ago because, honestly, I didn’t know how to manage giving money to so many charities,” Mohon said. “If I give it to them, I know that they will spread the money to all of the right local places.”

Mohon said that he was not born into wealth, but since his hard work has paid off,  he wants to give back.

“I was a military brat,” Mohon said. “I moved around and have been all over, but I grew up in a house on Straughn School Road that is still there today. It was packed with people. My mom worked at the Alatex sewing factory. We didn’t even have a bathroom; we had to use an outhouse. I’m just saying that I was raised with nothing, and now that I’m not struggling, thanks to a lot of hard work and luck, I want to be able to give back to the community that gives so much to me.”

He said that he gives money to charities that give back to the community and not to places that build things for looks.

“We have enough buildings,” Mohon said. “We need to stop building them and maybe turn them into homeless shelters, or use the money to get subsidized child care. There are so many better uses for people’s money than building another building. I give my money to the places that do good work, with the hope, that they use it well to better the community.”

Still, in a host of recent donations from Gitty-Up-N-Go, the Andalusia  High School auditorium tops the list as the recipient of $125,000.

“Fifteen years ago Mrs. (Paula Sue) Duebelt told me that the auditorium was so neglected,” Mohon said for the former AHS music teacher. “So when a lot of friends were donating to the football stadium, I didn’t want to neglect the auditorium anymore.”

In the past two years, Mohon has donated to every school in the county. He gave a total of $30,000 to Covington County High Schools.

“I was finally able over the past two years to give every single school in the county some money,” Mohon said. “Because they all deserve it.”

Mohon said that he is trying to not let his ego get ahead of his intelligence when it comes to donating money.

“When it comes to donating money, I don’t want to get a big head,” Mohon said. “I just hope that when our competitors see that we give money that they will be challenged to do the same thing. We are all in this together, so I would just love to see them show up. We are so thankful for our hardworking employees and the customers that have been loyal to us since we opened the first store in 1994.”

Red Level Elementary School transformed its halls and library into a fictional land inspired by Dr. Seuss as a special... read more