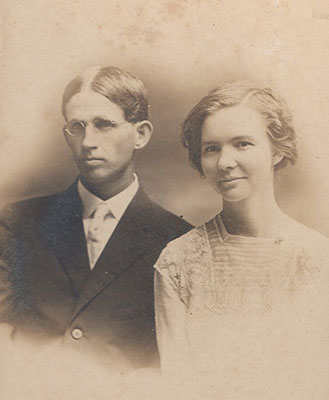 Some members of the Shine family which settled in the Oakey Streak community of Butler County, Ala., intermarried with descendants of the Stallings family which was featured in a recent column. According to Ancestry.com, the earliest Shine ancestor identified from Ancestry is Cecil Shine who was born in 1690 in Dublin, Ireland. He was also the immigrant ancestor as he died in 1757 in New Bern, Craven County, N.C.

Daniel Shine was married to Elizabeth Green (1698-1765). They became the parents of a son whom they named Daniel after his father. This Daniel was born in 1729 in New Bern, N.C. Upon reaching adulthood, he was married to Barbara Franck (1730-1814) who was born and died in Craven County, N.C. Cecil and Barbara Shine became the parents of a son named John Shine who was born in 1759 in Jones County, N.C.

John Shine enlisted in the Continental Army and served under the command of General Caswell during the American Revolution. In 1780 as a member of the Continental Troops, he fought in the battle near Camden, S.C. In his obituary, he was described as “An upright man with no known enemies. He was the kindest and with most generous affection.” Even during the war, he was married in 1780 to Clarissa Williams (1761-1817). John eventually migrated to Georgia where he died in 1832 in Twiggs County. He was buried there in the Shine Cemetery located in the Jeffersonville community.

The youngest son, James William Shine, was born in Jones County. N.C. In 1810, he was married to Elizabeth Taylor (1790-1864), daughter of John and Rebecca Taylor. The Taylor family were residing in Laurens County, Ga., at the time of Elizabeth’s birth. Also, in 1910, the federal census showed that James William owned 29 slaves in North Carolina. The family later migrated to Georgia and then Butler County, Ala., by 1840.

The second son, Daniel B. Shine, was born in 1813 after the family had migrated to Georgia from North Carolina. In 1835, he was married to Mary Ann Stallings, daughter of William Daniel Stallings of the Oakey Streak community of Butler County, Ala. Mary Ann was born in Butler County in 1819. After their youngest child was born, the family moved circa 1857 to Madison County, Tex., which became their final home.

The son, James William Shine Jr., was born in 1820 in Georgia as a twin with his sister, Mary. In 1839, he was married to Elizabeth Jane Stallings (1823-1892), daughter of William Daniel Stallings. According to the federal census of 1850, James William owned three slaves, but there is a record of him selling 36 in North Carolina. He and Elizabeth had nine children when the War Between the States erupted. He enlisted anyway for service and was assigned as a private to Company B, 17th Alabama Infantry Regiment, CSA.

Hilary and Patience Shine’s son, Benjamin Herbert Shine, was born in 1878 in Oakey Streak. He was married in 1912 to Nancy “Nannie” Pearl Stallings of Oakey Streak. They reared two sons: James Irvin, b. 1913, d. 1954; Cecil Herbert, b. 1916, d. 1981, m. Margaret Atchison, b. 1909, d. 2000. Cecil and Margaret resided in Andalusia where he owned and operated an appliance business. Margaret taught school in the Covington County School System. She is especially remembered for her years at Pleasant Home School and Straughn School where she taught business related courses.

This writer enjoyed being a student of Mrs. Margaret Shine for a semester in economics and two years of typing at Straughn School. In addition to her instruction, she was the class sponsor for his senior year. Her influence went well beyond the classroom as she provided counseling and career advising to her students. This writer appreciates to excellent advice given to him regarding further education and career planning.

Anyone who may find an error in the above genealogy or who might have additional history of the Shine family is requested to contact this writer, Curtis Thomasson, at 20357 Blake Pruitt Road, Andalusia, AL 36420; 334-804-1442; or Email: cthomasson@centurytel.com.