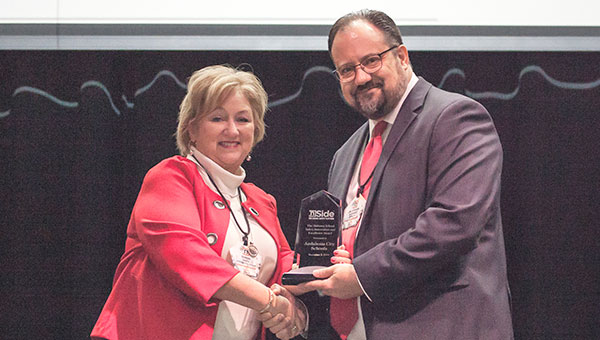 Andalusia City Schools have shown great effort in integrating all facets of the nSide School Safety Platform by updating their campus mapping program and making innovative changes to their emergency operation plans with input from law enforcement, fire department, EMA and other local agencies, according to a press release from nside.

In August, Andalusia City Schools administrators spent time with members of the Andalusia Police Department, Andalusia Fire Department, Covington County Sheriff’s Department, Covington County EMA, and facilitators from nSide School Safety Systems, a security company working with school systems across the state, working through exactly what each would do in the event they got that dreaded notification of an active shooter on campus. In its contract with the school system, nSide is providing cloud-based access to maps of the school, weather radar, and eventually images from school security cameras to help administrators and first responders react efficiently to any emergency.

In addition, software systems being installed this year give teachers access to student rosters from their phones. This database would be used to keep track of students in the event schools had to be evacuated.

District Administrator Sonja Hines, accepted the award on behalf of the school system.

Only 3 days left to enjoy Candyland [with gallery]

There are three days left to enjoy the magic of Christmas in Candyland. Both the downtown Candyland venue and Springdale... read more