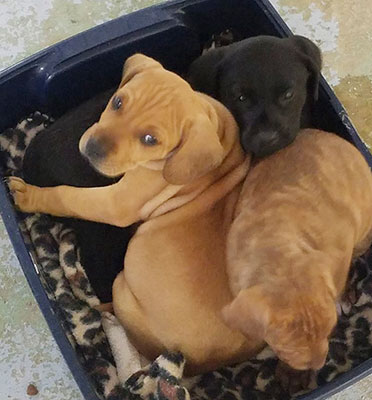 Even animal shelter workers need a Christmas holiday, but that doesn’t mean that they take a break completely from the animals in the shelter.

Kayla Cleland from the Andalusia Animal Shelter said that the workers at the animal shelter still came in during their holiday break to make sure the animals were clean and cared for.

“It usually takes us a couple of hours,” Cleland said. “We clean, we feed and make sure all of the animals are OK.”

The Andalusia Animal Shelter had an event on Friday to try and get as many animals adopted before Christmas as possible. They were able to find homes for eight dogs and two cats.

“We had an event Friday and Saturday, so we were actually opened Saturday for our event,” Cleland said. “Even though we were able to get eight dogs and two cats adopted, last year was a lot busier.”

She said that during the holiday season, there is a huge interest in kittens and puppies.

“Every one wants either a puppy or a kitten for Christmas,” Cleland said. “We did adopt a couple of adult dogs, but yes, everyone wants animals for Christmas.”

With the adoption of animals for Christmas, comes a lot of returning of animals after the holidays have ended. Cleland said that a lot of the returns come before Christmas, because people are trying to get rid of older dogs to make way for a new puppy.

“We try to persuade them to not get a dog for Christmas, but if you still want one after Christmas then come see us,” Cleland said. “Usually the two weeks before Christmas, they will drop off their older dogs so they can get puppies and then four to five weeks after Christmas I will see all of the Christmas dogs being returned.”

Cleland said that most of the dogs being returned to the shelter are new dogs they have never seen before.

“We do a good about making sure that the animals that we adopt out are going to the right person and the right place,” Cleland said. “I haven’t had a returned adoption in a while here.”

She hopes that people understand that owning an animal is a lifetime commitment.

“You have to make sure that you know that when you get this animal, it is a lifetime commitment,” Cleland said. “You have to be able to give them a chance and make sure they have a bond with you.”

One thing that people are doing now, she said, is bringing their family and other pets with them to adopt an animal.