Many lessons learned in bunker on 9-11

Retired colonel will share history, applications for business at banquet

Robert J. Darling’s 20-plus year military career took him to Desert Shield and Desert Storm in the first Gulf War; to Somalia, Africa; and to the White House Military Office, Airlift Operations Department. 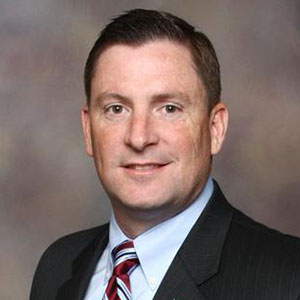 In each of those places, he had a front seat for history, but perhaps none more interesting than on Sept. 11, 2001, when in his White House role he supported the president, vice president, and national security advisor in the President’s Emergency Operations Center (PEOC) after the terrorist attacks.

In an interview Friday, he said being in a bunker on 9/11 highlighted for him the need for more crisis leaders – also needed in business.

“The military is the premier organization to learn these skills,” Darling said. “Since I was a young second lieutenant, I’ve been taught leadership in extremis situations. As a military pilot flying Cobra attack helicopters in war zones, I honed my ability to compartmentalize, make critical and time-sensitive decisions, and take responsibility for those decisions as a person in charge and responsible for the lives of Marines and super expensive equipment.

“These same traits and abilities are now required in our civilian workforce,” he said. “The so-called ‘bubble’ of safety we all grew up with in this country enjoying is no longer there.”

Darling said Americans are vulnerable to terrorist actions in airports, in cities, networks, and financial systems.

“As a result, we, as a society now need the skills to adapt, improvise, and overcome, hostile actions that may come to our towns, businesses, schools, and other venues,” he said. “This reality opened the door for me to join the workforce and to help make our leaders better prepared to safeguard their people as well as run their businesses successfully.”

Darling grew up in an entrepreneurial family, and said it was natural for  him to pursue a business career after his military service.

“In 2010, I received permission from the National Security Council to publish my book on the inside events of 9/11 and as a result, started my second business as a public speaker and author of my book, 24 Hours Inside the President’s Bunker: 9/11/01; The White House. Since then, I’ve been traveling around the country sharing my story as well as the incredible story of America’s resilience to unite and overcome the events of that day.”

“CEOs today need to be more than just business savvy, they need to have the skills to lead their organizations through crisis in order to protect their employees, their facilities, and their communities,” he said.

Darling said when he speaks to groups like the Chamber’s membership, his presentations are both informative as to the nation’s history as much as being inspirational and motivational.

“The moment-by-moment account of witnessing our nation’s highest leaders learn, process, develop courses of action, and then to take such lethal action to save our country as well as protect American lives was unprecedented,” Darling said. “I was in awe of the courageous actions of Vice President Cheney to order the shoot down of United Flight 93 as it was approaching Washington, D.C., as I was when President Bush ordered our strategic nuclear forces to Defense Condition 3 or DEFCON 3. Both of these actions made significant impacts on me personally and professionally as they ultimately turned the tide that day by moving us from being the victim of significant strikes from radical Islamic terrorists to becoming an offensive, lethal, military superpower force, ready to take incredible action of our own to stop these attacks and terrorists from succeeding in their mission.”

Darling said the presentation will give listeners a better perspective as to what occurred at the highest levels of government.

“But you’ll also realize that our country is strong, not just by military standards, but by our collective love of freedom, by our willingness to help and save the lives of complete strangers, and by our willingness to unite and fight back, as well as our resilience to overcome these events,” he said. “We are not defined by the political wrangling of Washington D.C., we get our super power strength from the cities and heartlands of America where we, as Americans first and foremost, love our country, our way of life, our freedoms, and understand and accept our responsibility required to protect and defend it. On 9/11/01, I witnessed the unprecedented actions of a government but even more so, the courageous and heroic actions of ordinary Americans citizens who did extraordinary things to save each other.”

Doors open for the banquet at 5:30 p.m. on Thurs., Jan. 31. Individual tickets for Chamber members can be purchased for $30, or general admission tickets for $35 until noon on Monday. To reserve seating or purchase tickets, contact the Chamber at (334) 222-2030 or email chamber@andalusiachamber.com.

The City of Andalusia’s Relay for Life team is about to fire up the grill for its annual barbeque sack... read more