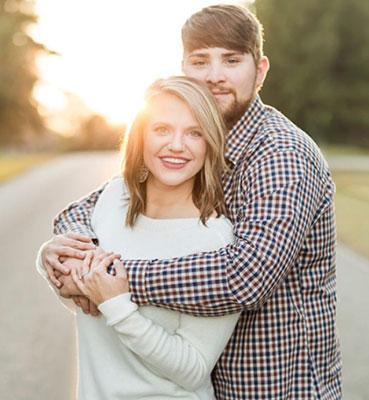 Hayden Nall and Tyler Raines will wed today at four o’clock in an intimate ceremony at The Grand on Foster in Dothan, Alabama.

She is an honor graduate of Red Level High School and Troy University. She is a sales and marketing executive of Mainstreet Family Care.

The groom-elect is the son of Ken and Donna Raines of Andalusia. His is the grandson of Mrs. Gail Grissett of Andalusia and the late James Grissett. His paternal grandparents were the late Ben and Theda Raines.

He is a graduate of Andalusia High School and Lurleen B. Wallace. He is an electrician for Gate Premier Solutions.

The couple will reside in Andalusia.

An Andalusia man faced trafficking charges after law enforcement officers found he was in possession of more than 100 grams... read more