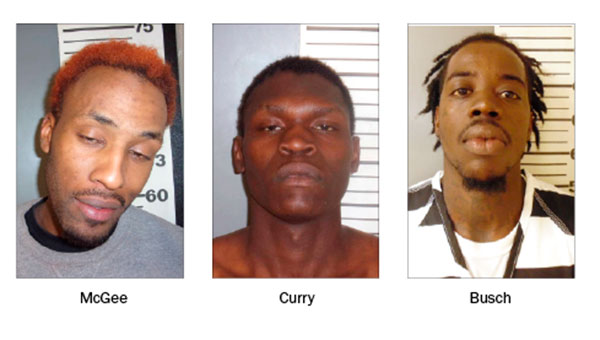 Covington County Sheriff Blake Turman said his department had to call in back-up officers and release a pepper bomb to restore order in the Covington County Jail after a riot broke out Friday afternoon.

Turman said there were already more officers in the jail than normal, as he was preparing to temporarily move three inmates to the Conecuh County Jail in an effort to control ongoing illegal activity in the local facility.

“Randy Brock in Conecuh County had agreed to take them for us for a little bit,” Turman said.

However, because there are some inoperable cell locks in the jail, not all individual cells were able to be locked down. The inmates had to be removed with unsecured inmates.

“McGee was the instigator that caused an uproar in the jail,” Turman said.

The sheriff said that while McGee was being escorted down the stairs, he jumped backwards from the steps into a crowd of inmates, landing on the floor and making it appear as if he had been pushed.

“This started a riot,” Turman said.

A pepper spray device was detonated to push the inmates back from the officers, and back-up officers were called, as the officers inside the cell block also were affected by the pepper bomb.

Once McGhee was under control, the inmates were led to an exterior holding area and the block was decontaminated, Turman said.

“The corrections officers and deputies handled this situation with authority and with respect to not cause injury,” Turman said. “It is shameful that some inmates will not communicate and act civilly and therefore act like pure heathens. I regret that inmates that were not involved had to be exposed to the pepper device, but at that point, it was a logical and safe way to gain control. Having witnessed this myself, I commend my officers and will take them anywhere with me to defend our community.”

Earlier in the day, three inmates had been caught smuggling drugs into the jail.

“These were not the three we were transferring, but these three were involved,” Turman said. “The other three are being brought up on charges now.”

When Turman took office in January, he assigned Investigator Jerry Fields to full-time work in the county jail.

On Monday, Turman terminated several corrections officers after an investigation determined policies and procedures were not being followed in the jail.