Wossilek gets solo single, ‘When Love Don’t Love You Back’ 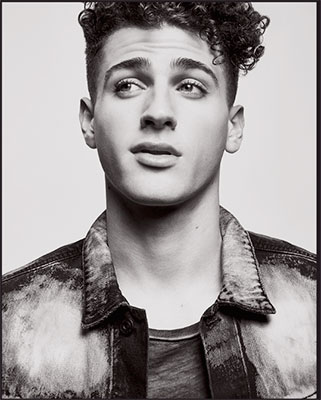 It has been a long journey for Andalusia native Christian Wossilek, but after releasing his first solo single yesterday, he feels that God has opened the door for his musical career.

Wossilek made an early name for himself in Alabama after competing in the “Alabama Talent Hunt,” only a short eight years ago, when he was in sixth grade. He eventually went on to win the entire competition a year later.

Now, 19 years old, the superstar has been a part of a boy band that performed all over the world, turned down a chance to perform on the X-Factor, auditioning for American Idol, and releasing his first solo single, “When Love Don’t Love You Back.”

Wossilek left Andalusia at the age of 14 to pursue his musical dream, and now he travels back and forth between New York City and Los Angeles.

“On a weekly basis I go between LA and New York,” Wossilek said. “This week I’m in LA and it was just a writing week, which I haven’t had in forever, because we pretty much have my album completed. Now, we are just adding songs to the vault.”

For the past two months, he has been going back and forth between the two cities to meet with big time musical companies like Apple Music and Spotify to set up how his music will be on the two platforms.

“I have been networking with different musical platforms,” Wossilek said. “So like, as soon as the single came out, it debuted on ‘New Music Friday,’ which is the biggest playlist on Spotify, with 3.1 million subscribers. I have developed a really tight connection with the head of Apple Music. It is just all insane. God is good. Now the song is streaming on 70 playlists world wide and this is just the beginning.”

Though he travels between the biggest cities in the nation, he said that he still misses Andalusia.

“I miss Andalusia all of the time,” Wossilek said. “As soon as I get at least a week aside, like I hope I get a Spring Break, I doubt I will, but all of that time will be spent in Andalusia. I just have so many people that I want to see. There hasn’t been a moment in my life when Andalusia hasn’t supported everything that I have done. I mean my first show that I have ever done was at Andalusia City Hall. I remember having no idea what to expect. I didn’t know how many people were going to be there, I was just this sixth grader who went into it completely blind and 300 people showed up.”

In 2014, Wossilek made moves to further his musical career by turning down appearing on “The X-Factor,” and joining an Orlando based boy band, “Far Young.”

He said that it was definitely a learning experience for him and it helped him grow as an artist.

“I was very fortunate to get a kind of crash course of what the music industry is,” Wossilek said. “Were all of my experiences great? No, but God works all good things together and I am where I am at today and able to do the things that I am doing today because I had that experience.”

Wossilek said that being solo has been a phenomenal opportunity signing with the Apple-backed 12 Tone Music Label.

“I am incredibly blessed to be with a label that trusts me with all of the creative control,” Wossilek said. “If I need feedback or if I need an opinion, I value their ideas more than anybody. There is never a moment where I feel like they are trying to dictate or take the reigns of what I’m trying to do.”

His new single, “When Love Don’t Love You Back,” is one of the first songs that he ever wrote.

“This song has really gone through this sort of evolution,” Wossilek said. “At first it was like a really slow ballad, then it turned into this Amy Winehouse, ‘Rehab’ type vibe then we finally landed on this. The inspiration behind it was that I just wanted to write about the feeling of being in love with somebody who isn’t in love with you anymore. It is kind of a simple concept that I think will be relatable across the board for people.”

For eight years, Wossilek said that he chased his dreams and knocked on doors and nothing would happen, so he almost gave up hope.

“For the longest time, I chased and I knocked on so many doors and it always seemed like nothing would happen when I would chase after these opportunities,” Wossilek said. “There were even articles in the Star-News about some of these opportunities, and sometimes I would get so close to something happening, but nothing would. The whole time that I was doing that, I was trying to glorify my gift, and bring glory to my talent. There was a pivotal moment in my life, when I moved to Jacksonville, and I met Jesus. After that moment, my motives changed.”

Wossilek said that he wants to use his musical platform to make Jesus famous.

“Before this opportunity came about, I honestly thought that I was going to just go to school and become a pastor,” Wossilek said. “I honestly think that God shifted my direction and showed me that my ministry was going to start in the music industry. When those motives changed, I no longer had to knock down doors. God literally brought everything to me and that’s how I know it was from God. For me, I would love to open up a foundation where I am able to provide for people who can’t provide for themselves, for Christ’s sake.”

Wossilek wants to thank the people of Andalusia again, for everything they have done to support him.

“I want to thank you for your patience, your support and for your encouragement,” Wossilek said. “There have been times when some of you guys have had to believe in me more than I believed in myself and you are about to see the fruit of all of that belief.”

Wossilek’s single is available on all musical platforms including Apple Music and Spotify.

THE FACE BEHIND THE SONGS