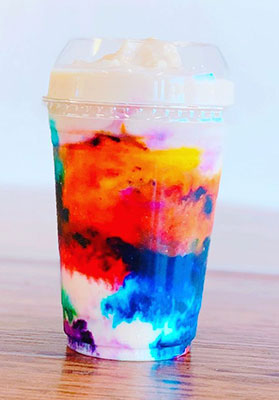 An example of a menu item at The Nutrition Shack.

Mississippi natives Hunter and Eden Wallace are bringing The Nutrition Shack to Andalusia to offer a healthier eating option.

“We discovered Andalusia and really just fell in love with the town,” Wallace said. “We were interested in opening up a location in Greenville, which we still are, but we were searching around the area and found Andalusia and just loved it.”

The couple got into the restaurant business after using some of their products that they sold through the nutrition club.

“My wife started the whole process by using the products,” Wallace said. “She fell in love with them, so we started selling them.”

Wallace said that the feedback on social media to plans has been great.

“We have had a great response so far,” Wallace said. “A lot of people are excited about us opening. We will know for sure how excited people are come next week at the grand opening. Several people have already reached out on social media and are ready.”

He said that the menu items are very diverse and will cater to a variety of people.

“Our store is really for anyone that is looking for a healthier eating option,” Wallace said. “That is the whole reason that we opened this in the beginning, because we were seeing the same problem in Mississippi where there weren’t any places to eat that were healthy. I mean we have everything from an energy tea that is all nutritious with no sugar, to food that will be for somebody that wants to lose a little weight. We have it all.”

Wallace said that they are looking forward to meeting the people of Andalusia the most.

“We are very excited to meet all of our customers,” Wallace said. “Like I said, we love the town and we heard that it gets really nice during Christmas time, so we are looking forward to that as well.”

Mrs. Wallace has helped open 31 shops in Mississippi. The couple has two of their own in Mississippi. Andalusia and Greenville will be the only two stores in Alabama that the two have opened.

Bailey Byrd said the community support was overwhelming when she was diagnosed with a rare form of ovarian cancer. Byrd’s... read more