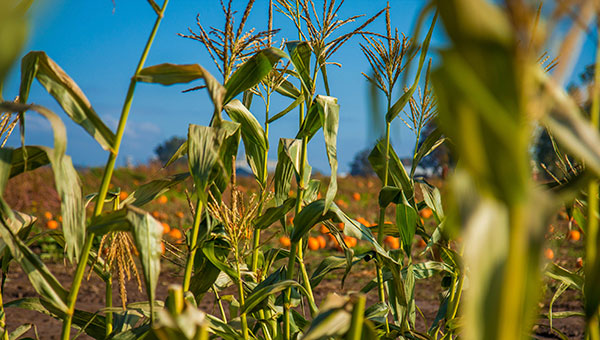 With blistering temperatures and no rain for 18 days straight, local farmers are worried that if it does not rain in the next week, they could lose their corn crops.

Tommy Thompson said that the ground has been completely dry.

“The month of May has been extremely dry,” Thompson said. “The first part of the month we had a couple of showers, but the last part of it the heat has been really critical.”

Thompson said that he is mostly worried about the corn that he is growing.

“This heat is really working on the corn,” Thompson said. “If we don’t get rain within the next week, we are probably going to lose our corn crop.”

Corn, cotton and peanuts are usually what Thompson grows during this season, but the heat is affecting all of them.

“Trying to get a stand on the cotton has been extremely hard,” Thompson said. “Just because of the hot, dry weather in the past couple of weeks. If you’ve got the cotton up and planted then it will survive, but we just need some water on it to make it grow.”

Around this time of the season, Thompson said that corn is starting to tassel, but with no rain and heat, it will just burn.

“When it starts to tassel, you have to have water,” Thompson said. “Because it is putting out little small ears and starting to tassel and I don’t know what else to say except you need water or it will burn up.”

In May 2019, there were only 7.33 inches of rainfall compared to May 2018 when there were 13.04 inches overall, according to National Weather Service statistics.

“Last year we had a lot of rain,” Thompson said. “And we had a really good corn crop.”

Covington County Extension Coordinator Chuck Simon said that he has talked with several farmers that are worried.

“It has been bad,” Simon said. “I talked with some today and they are saying that it its not critical yet, but it is going to get critical.”

Simon said, like Thompson, that the farmers he has talked to are worried about their corn and pastures.

“During the day the corn twists and it relaxes at night,” Simon said. “But you can start to tell that it is getting a little too dry out there. Pastures have slowed up growing as well, and farmers need to cut hay for their cattle. It has been 18 days since the last significant rain fall.”

The wind and hot temperatures are not helping the situation, Simon said.

“The dry wind is just sucking everything out,” Simon said. “I’d say another week or so with it continuing like this and it will get critical. When you can’t get a shovel in the soil, you know that it is getting pretty bad. I know that several farmers are praying for a little tropical storm to come through so they can get some water for a couple of days.”

After having a successful first Downtown Get Down, Opp Area Chamber of Commerce director Kelly Brandin said that organizers are... read more