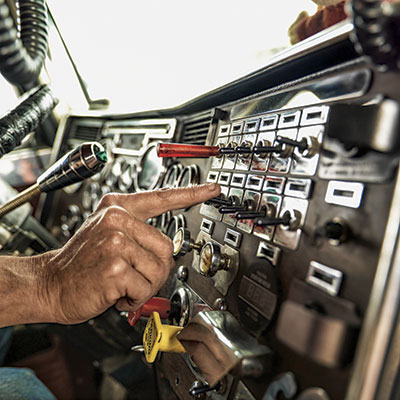 A new law signed this week that goes into effect in 2020 lowers the minimum age for getting a CDL to 18.

18-year-olds can get license, but insurance won’t cover them

A new law in Alabama will lower the age requirement to get a commercial driver’s license (CDL) from 21 to 18, but Dennis Busby, owner of RCA Logistics LLC., said that this new law will not help trucking companies.

“We are in 100 percent of a trucker shortage right now,” Busby said. “The problem with them moving the law from 21 to 18 is that they will have to get the insurance to follow it, simply because, it is hard to insure anybody under the age of 25 anyway. It won’t make a difference if they change the age to 18, what we have to do is get the insurance on board as well. I’m not saying that they won’t cover an 18 year old, but the price will be astronomical.”

Currently, Alabama is one of only two states that restricts a CDL to those who are 21 years or older.

For Busby, he is worried about trying to get the younger population into the truck driving industry.

Busby said that he honestly, probably would not hire an 18 year old who just got a CDL.

“The maturity level to handle 80,000 pounds of material at 75 miles per hour down a highway takes a lot,” Busby said. “Now I do know several 21 year olds that would make good per hours. I mean insurance is so expensive, and I look at it at a stand point of myself and my family on the road, so it is a lot more than making money.”

He said that there is a trucker shortage because the “Baby Boom” generation is retiring from the industry.

“The main physical factor is that you have a huge generation retiring,” Busby said. “The most social factor is because we don’t introduce this job to the age group of 18 to 25 year olds. Even if they are 21 and they do it, they are probably driving for themselves on a farm because there is no one who would hire them at that age. So we lose that huge age gap between 18 and 25, which is the people that are figuring out what to do with their lives, so if that isn’t even an option then how are we ever going to get them into it.”

Even though Busby doesn’t believe that this law will work to bring in new recruits, he said that he does believe it is a step in the right direction.

“It is simply useless,” Busby said. “The only thing it may do is start a conversation in the legislature to push the insurance companies to get on board with lowering the age of where they can insure people.”

The bill was signed by Gov. Kay Ivey last week but will not go into effect until Feb. 7, 2020.

GETTING READY FOR RETAIL