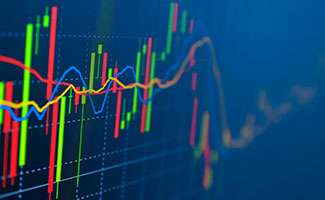 Retail sales across the state of Alabama have increased 11 percent over the last year according to the Alabama Department of Revenue.

Covington County saw an upward trend of 4 percent over the past year.

Chairman of the Covington County Commission Greg White said that they are very thrilled to see the increase.

“This is a very significant increase,” White said. “I believe the economy across the nation has improved. Andalusia has also made some investments in retail and the county gets the benefit of that. There has been a good bit of construction underway. Some of that is government construction, but other construction is paying sales tax in the county. I think Shaw’s expansion has added to the increase because they are putting contractors here where they will eat out, stay at our hotels and shop at our stores.”

Looking forward, White said that the county will continue to work with the cities to give them a long term stability.

“We expect the changes that we hope will take place at the arena will improve retail activity in the community,” White said. “The last two weekends where we had events at the arena indicate the impact that it can have. We hope to continue to work with the cities to improve economic development.”

White said that there are some factors that play into the county that don’t correlate with the cities.

“We have some things that benefit us more than the cities,” White said. “Like Carolina Millworks, PowerSouth’s plant in Gantt, and J.M. Jackson. So, there are something things that we just benefit from.”

The county also implemented a half-cent tax increase, which began in January 2018.

The City of Andalusia had a 3 percent tax increase over the past year.

Andalusia Area Chamber of Commerce Director Chrissie Duffy said that having new stores like Jack’s and Dirt Cheap encourage people from out of town to shop at local businesses.

“National brands are important to bring people to the city,” Duffy said. “Looking at the big picture, it seems like those are the big contributors to more people shopping locally. Like the old saying by JFK, ‘Rising tides lift all boats,’ is true and especially in retail. So, having more options only helps existing businesses.”

Duffy said that sales tax in the month of December increased by 13 percent last year because of Candyland.

“Year after year since we have started, the sales tax numbers increase,” Duffy said. “It definitely contributes every year. It is amazing to me the people that say they have never been to Andalusia and that they just came because of Candyland.”

The City of Opp had a decrease in their sales tax numbers by 1.55 percent.

Opp Mayor Becky Bracke said that they are still working hard to keep building their numbers up.

“We have just got hard times,” Bracke said. “We have got a hard time bringing in retailers. Our counts are down as far as traffic counts and everywhere I go, the workforce is down. We are just facing a lot of challenges, but we are trying hard to get retail to come in.”

Bracke said that several groups around town still have a vision for the city to increase their numbers.