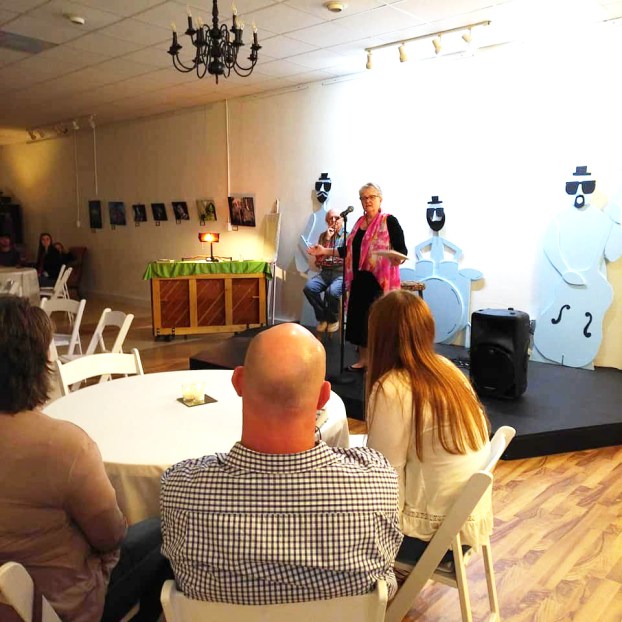 Since the first Coffee House Open Mic Night hosted by the Lower Alabama Arts Coalition was successful, organizers of the event are excited for tonight’s open mic night.

“We had about 80 people show up through the entire night,” LAAC board member Jeanni Sanders said. “We were pleasantly surprised. Since the response was great, we are hoping for a bigger and better night tonight.”

Sanders said that they haven’t intentionally changed anything to the event.

“We do want to bring more music into the night,” Sanders said. “So, we have a guy that will be playing guitar. We want to keep that free flow type of evening.”

She said that they are hoping to increase the amount of performers on the stage.

“Last time we had this event we had about 15 to 17 people perform,” Sanders said. “We hope with the increase of people that would come, that there would be more performers. We welcome anybody to get on stage. Last time we had people stay until the very last minute listening to people.”

The LAAC’s mission is to bring art to the community, which is why Sanders said that the open mic night is an important event.

“By hosting events like the open mic, I feel like we are able to reach a different segment of our community,” Sanders said. “Who maybe think that art receptions aren’t for them or they think that they would have to dress up for an event. This event allows people to come in and see the gallery and show them that art is a lot more than just paint on a canvas. We at the LAAC are trying to be a little more well rounded.”

The LAAC Coffee House Open Mic Night will begin at 6:30 p.m., and will last until 10 p.m. Admission and food are free, but there is a $10 corking fee if attendants choose to bring their own wine bottle.

Libertyville local Rondle Brooks is known as the Peach Man

Libertyville local Rondle Brooks has brought his peaches to Andalusia for people to buy for the past 15 years. Brooks... read more