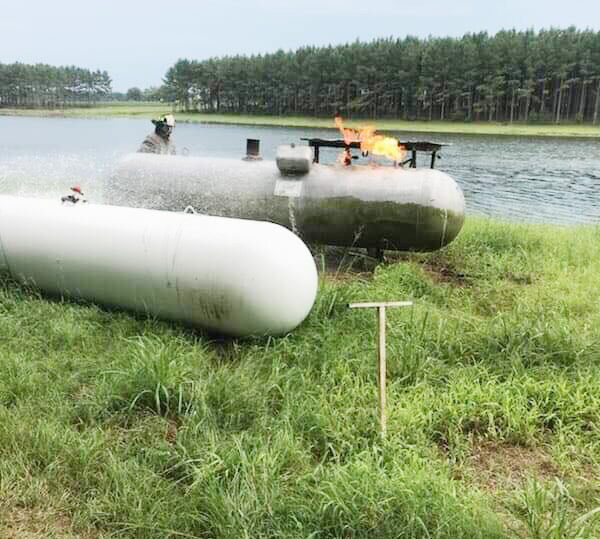 River Falls Fire Department was dispatched to a propane tank that had been struck by lightning and caught fire.

Engine 1 responded and arrived to find the fire coming from an open relief valve on a propane tank. The tank was in an isolated area and did not pose an immediate danger to the public.

RFFD utilized its thermal imaging camera to check the temperature of the tank. The camera also allowed members to see how full the tank was.

Attack line was deployed to cool the tank from the venting gas/fire.

The decision was made to let the fire continue to burn off the remaining gas.

The propane company responded to assist, as well as Red Level Fire Department to provide additional water for cooling the tank and the Alabama Fire Marshall’s Office.

Personnel determined the valves had been melted from a lightning strike and was unable to be shut off or controlled.

What will likely become Tropical Storm Barry soon is expected to move westward, heavy rains and the potential for isolated... read more