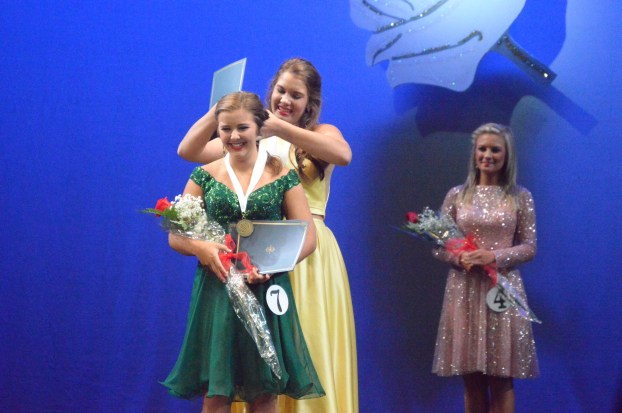 The 2020 DYW is Cameron Stephens

“I wanted to participate in this competition because I saw how much Emory Garner grew through the competition,” Stephens said. “I was a Little Sister during last year’s competition and I became really good friends with Emory. So, I wanted to see the magic behind everything that went on.”

Stephens won the interview category and the scholastic category.

“The ‘Be Your Best Self’ platform is healthy, ambitious, involved, responsible and studious,” Stephens said. “I really bettered myself in each of those categories throughout the whole process. I actually lost 10 pounds throughout the entire competition. I had a goal and set out to accomplish it. I realized that this isn’t just something that you put on a college resume. It is something that actually mattered. I had a goal and in the end, it paid off.”

At the end of the competition, Stephens realized that she had six new sisters.

“Throughout the week, I kept thinking to myself, ‘These girls are just as deserving as I am,’” Stephens said. “I knew that whoever came out on top of the competition deserved it. They were all so amazing and they have been such a great support system.”

Before Stephens name was called as the winner, she said that she was more nervous than anything.

“After I won scholastic and interview, I had to go and get the certificates from Emory,” Stephens said. “She actually said, ‘See you on the flip side,’ So, that really boosted my confidence a little. Whenever they called my name, it didn’t feel real. I still don’t think it has settled completely, but I think it is starting to.”

The last winner to come out of Straughn High School was Mary Beth Correro in 2013.

“To have a winner from a different school than normal is amazing,” Stephens said. “My community is sending me so much love. I am so happy that I could do this, not only for myself, but for them.”

Looking forward to the state competition, Stephens said she knows what to work on.

“I know that I am going to take the ACT several more times before the state competition,” Stephens said. “I am going to be in the gym a lot trying to get more in shape for that because the local fitness category kicked my butt. I work in the dance studio and have a key, so I will be working on my talent routine, as well.”

For future competitors and girls who are interested in the program, Stephens said that they will not regret taking the chance.

“I would tell them to not be afraid and to take chances,” Stephens said. “You will never regret this experience. It is something that makes you grow in so many ways. I know that some people are scared to do the program because they are scared about what people will say about them, but just do not be scared to do it. You will never regret taking this chance. I promise you.”

First alternate in the competition was Emma Younce. She also won self-expression and the Be Your Best Self essay contest.

After competing in World Championship Domino Tournament since 1998, Chris Authement is the 2019 singles champion. This is the first... read more