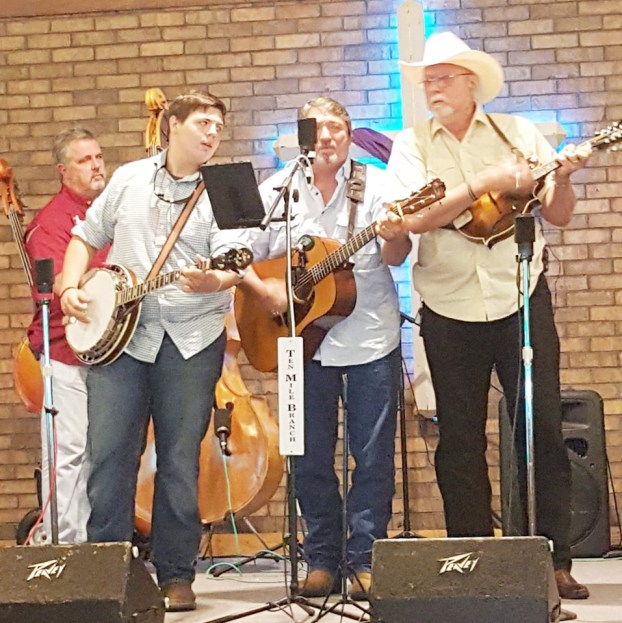 The July Jamz headliner this week, The Ten Mile Branch Band, started out as a family band, two years ago.

“It really started out as a trio, with my wife, grandson, who plays the banjo, and myself,” Bobby Jackson said. “Once my wife took a leave of absence, we got my son-in-law and a bass player, but it is still sort of a family band. We have been together playing for two years now.”

Jackson said the band is anxious to play any chance they have the opportunity.

“We all have connections in town,” Jackson said. “Our bass player, David Pearce works in public relations and lives in Opp. So, that is how we got to play at the Downtown Get Down.”

Though there are some family tensions, Jackson said that the group gets along great.

“There is always going to be some friction,” Jackson said. “But we all get along together.”

Jackson started jamming to bluegrass in 1980 and never strayed away from the genre.

“We are a bluegrass and bluegrass-gospel band,” Jackson said. “Since I started jamming such a long time ago we have always jammed to bluegrass and have stuck with it.”

He said the main thing they are looking forward to Thursday night is having a good time.

“We are excited to play for the people,” Jackson said. “We just want everyone to have a good time.”

Jackson said he wants people to walk away from the concert feeling uplifted.

“I hope that we have a good turnout,” Jackson said. “I am really hoping that people walk away from the concert feeling uplifted by our music and that they have a great time.”

The band consists of Jackson playing guitar and vocals, Mark Carter on mandolin and vocals, Zach Holt on Banjo and vocals and Pearce on bass and vocals.

This week is the last concert of this year’s July Jamz. The gates open at 5:30 p.m., and the Foam Frenzy starts at 7 p.m.