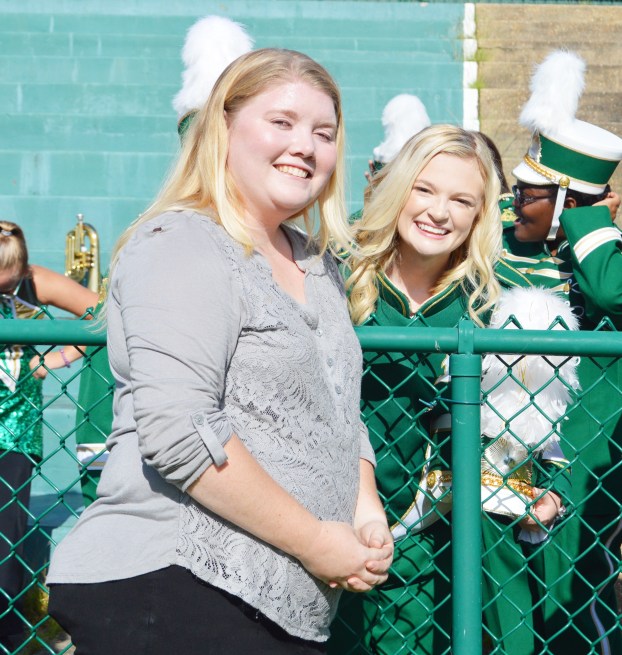 “When I was growing up, this band was competition to my own high school,” The Flomaton High School alumna said. “I have always thought this was a really good program and I knew it would be the perfect opportunity for me to be here.”

Vanwinkle was previously at Elba before moving to Florala.

“I want to build up this program again,” Vanwinkle said. “And make it what it used to be.”

She graduated from Troy University before becoming a band director.

FHS’ show this year will pay tribute to Lake Jackson.

“I chose ‘Saturday in the Park’ because I thought that it was something that would get the students motivated,” Vanwinkle said. “The show is going to be celebrating the park that we have here in Florala. I really want the students to appreciate what a gem of a feature they have in their own backyards.”

Seeing the students grow is the main thing that Vanwinkle is looking forward to this year.

“I’m excited to see their enthusiasm for this program grow,” Vanwinkle said. “I want them to gain confidence and take pride into what they are doing.”

Vanwinkle said the community has been welcoming.

“Everybody has been like, ‘What can I do for you? What do you need?’” Vanwinkle said. “They have offered a whole lot of help.”

She has already made improvements to the band room during the summer.

Looking forward, Vanwinkle has several goals she plans to accomplish with the band program.

“The band has not been to a competition the past couple of years,” Vanwinkle said. “One goal I have is to make sure that we go to a competition and get the students to really take pride into what they are doing. I want them to realize that all of their hard work is going to pay off in the long run. Getting more kids to join the band is another goal that I have. I want to make it the cool thing again.”

The July Jamz headliner this week, The Ten Mile Branch Band, started out as a family band, two years ago.... read more