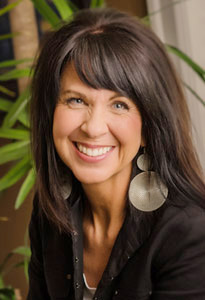 One of the keynote speakers for this year’s Iron Works Men of Steel Conference Dr. Michelle Watson, a.k.a. “The Dad Whisperer,” would love to see a gathering of men in Andalusia who begin to change the culture and history of being more intentionally engaging with their daughters than ever before.

In 2009, Watson started The Abba Project, which is a group for courageous dads who are ready to commit to “kicking it up a notch” with their teenage and/or 20-something-year-old daughters over the course of a year in her life.

“I teach these dads how to decode their daughters,” Watson said. “This is my observation from 10 years of flying from my planet of Venus to the men’s planet of Mars, I have discovered that men would rather do nothing than do it wrong. When dads have daughters who are more verbal and emotional, dads notice that they are making it worse. So, a lot of dads back off around adolescence going, ‘I’m smart enough to know that I am making it worse. So, I am going to do nothing because I don’t want to be wrong,’ The research confirms that daughters who feel connected to their dads are more likely to finish high school, attend college. There are lower rates of depression, greater self-esteem, less body dissatisfaction, a delay in having sex early, more pro-social empathy, less suicide rates and in other words, every single part of a daughter’s life is better when she feels connected with a dad.”

The more she recognized this trend, she came across Luke 1:17 in the Bible and had an epiphany.

“I was doing my annual Christmas reading and came across the part of the story where Zechariah, father of John the Baptist, was told before his son was born that John would ‘help turn the hearts of fathers towards their children,’ (Luke 1:17),” Watson said. “In that moment, I literally got what I like to call a ‘download’ from heaven, and heard a whisper, ‘That’s what I want you to do,’ My first response was to think that this was absurd: Me, a woman, lead men? But as unconventional and crazy as this sounded, it instantly resonated in my spirit. This was the birthing of The Abba Project.”

Watson is the oldest of four girls in her family and believes her father inspired her work indirectly.

“I am still very close to my dad,” Watson said. “Having an invested father definitely is a foundational truth for me.”

In her project, Watson has noticed that though men may be different in every way, they can still come together to learn about their daughters.

“There is so much overlapping,” Watson said. “In one group I have an atheist paint store worker in one corner, a pastor in the other corner, an Intel technology worker over here and then a Nike store worker. Talk about a diverse group. You would never put them together in a normal secular group setting and that is what I love about it. You have all of these diverse men who are coming from all different walks of life, but have this one common denominator. They all say the same thing when I ask, ‘Why are you doing this?’ Every one of them say, ‘Because we love our daughters.’”

Watson wants men to walk away from the conference with two things.

“One, I want them to walk away with more tools to put in their fathering tool box for reaching their daughter’s heart,” Watson said. “I will be giving them practical action steps. Two, I want these dads to be more motivated dial in with more intention and consistency after the conference. It can’t just be a one-hit wonder. Like, ‘Hey, dad came home and he was motivated for two days,’ No. That is real hard on our hearts as women when it is inconsistent. It is the intention and consistency after the conference that will impact refection and change between dads and daughters that will stick.”

Though she lives in a big city and travels to big cities all of the time, Watson expects a revival to begin in small towns like Andalusia.

“It seems like so many times, whether you want to call it a revival or a movement, it happens in a small town,” Watson said. “I mean, you had 12 disciples, and everything trickled out from them. There is a verse in the Bible that says, ‘Don’t despise small beginnings,’ and I think sometimes movements seem to happen in one little localized area. What if Andalusia became the first in the nation for a community of fathers who really get it?”

Watson has a bachelor of science in biblical education from Multnomah University, a master of arts in counseling psychology from Lewis and Clark College, a Ph.D. in health psychology, has written two books and hosts a radio program called The Dad Whisperer.

The Men of Steel Conference is scheduled for August 2 and 3, beginning at 5 p.m., at the Kiwanis Community Center. Tickets are $25.

Effective immediately, Alabama concealed carry permits will no longer qualify as an adequate substitute for a federal background check for... read more