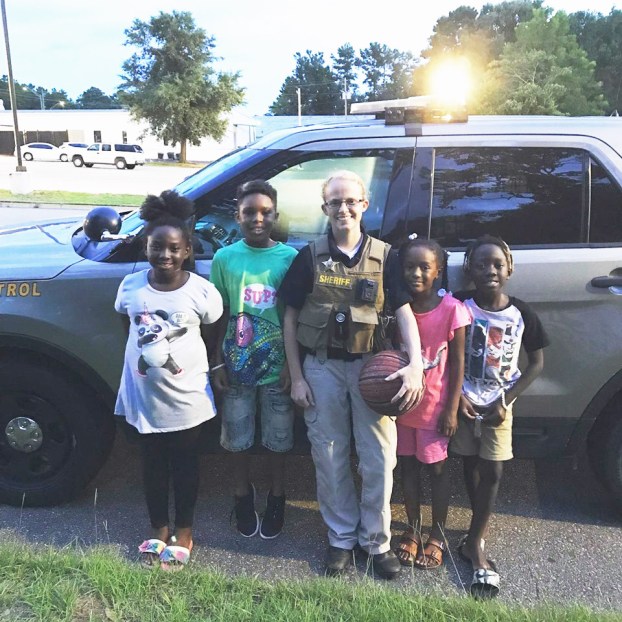 She ensures this by taking time out her day to play with local children.

“A group of kids live by the little friend’s daycare and I always see them on their bikes riding around,” Johnson said. “That day they were outside of the administrative building sitting on the curb with their bikes. I see them all the time and never get the chance to say hello. So, I swung by and asked them what they were doing. They were hiding bracelets in the trees and trying to find them. I wanted to join in. So, I took the bracelets and started hiding it for them to find. Then, we went back to their house and started playing basketball.”

Since the kids see law enforcement officers all of the time by their house, Johnson wanted the kids to know she was safe.

“Obviously there has been a lot of racial stuff going on in the nation right now when it comes to law enforcement,” Johnson said. “If we don’t take a moment to spend time with these kids, then they are going to think that either law enforcement has a problem with them or something like that.”

Making a connection with kids has been something Johnson wanted to do since she before she became a law enforcement officer.

“Now I have a connection with these kids,” Johnson said. “I wave at them and they wave back at me. I’ve been meaning to stop and get them candy, but I have been busy. I just love spending time with kids, helping them and bonding with them.”

One of the keynote speakers for this year’s Iron Works Men of Steel Conference Dr. Michelle Watson, a.k.a. “The Dad... read more