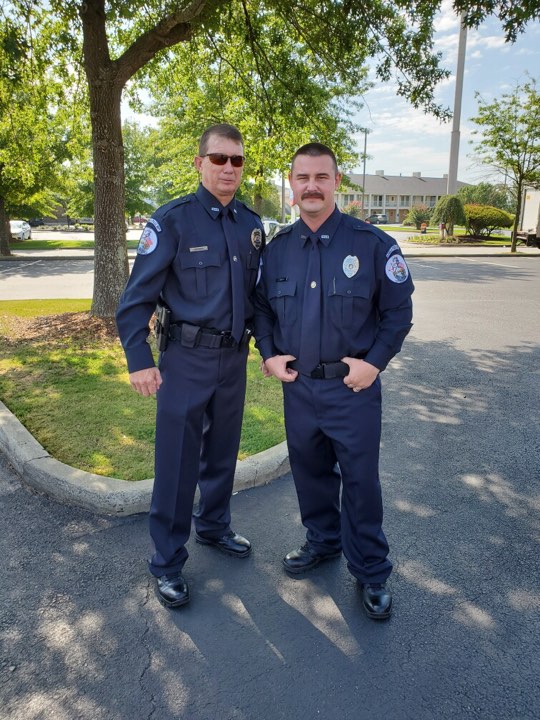 Former Florala Fire Department chief Michael Cheshire has turned in his helmet for a police badge.

Cheshire has spent the last 13 weeks in the police academy and graduated on Thursday.

“I had a calling,” Cheshire said. “I just want to be able to help others like the majority of other people that become a police officer. We don’t do it for the pay.”

The hardest part of the training in the police academy for Cheshire was the defensive tactics.

“The physicality of it wasn’t that challenging,” Cheshire said. “I was third fastest in the running group and I could do all of the pushups and stuff like that. The thing that got me was being slammed on the mats over and over again.”

Cheshire said he is looking forward to serving the community he grew up in.

“I just want to try and make a difference,” Cheshire said. “It is awesome to be able to serve this community full of wonderful people. The people of Florala help each other out. They may not be the richest people in the state, but they have hearts of gold.”

He said he is ready to serve the community in a different capacity than with fires.

“It is going to be hard to give up fighting fires,” Cheshire said. “I loved it and had been doing it for 20 years, but I am excited to start serving the people of this county in a different way.”

Cheshire has been married to his wife Jeannie for 10 years and they have five children.

Weekend thunderstorms expected Weather conditions this weekend will continue to be hot and humid with heat indices expected somewhere between... read more