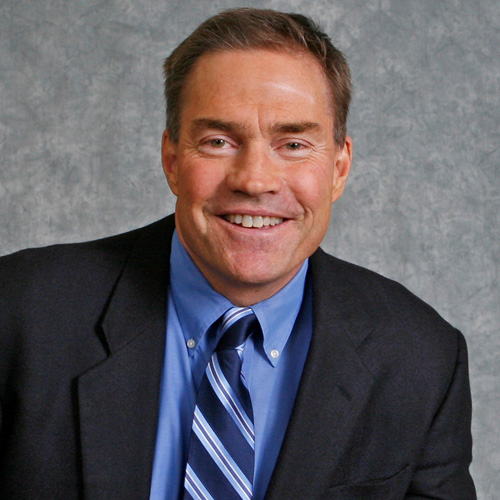 Former NFL quarterback to speak at Men of Steel Conference

After playing 11 seasons in the National Football League, Jeff Kemp, one of the keynote speakers at Iron Works Men of Steel Conference, now devotes his life to strengthening families and fatherhood.

In 2012, Kemp joined FamilyLife as a vice president and catalyst for helping others strengthen families. FamilyLife, based in Little Rock, Ark., is a national ministry leader in resources to build and enrich marriages and families along with radio outreach, marriage conferences and other resources to heal and strengthen families. Prior to joining FamilyLife, Kemp founded and led a dynamic organization, named Stronger Families, in the Pacific Northwest from 1993 until 2010.

Kemp got his start public speaking in the NFL with a little help from his father, Jack Kemp, a Vice-Presidential candidate, secretary of housing and urban development and former Buffalo Bills quarterback.

“My dad was always a great speaker,” Kemp said. “When I went to the Los Angeles Rams, I was a free agent, basically the last guy that made the team. My dad didn’t tell me this for many many years, but when I made the team, he called a friend he had on the Rams who had connections to the media relations department. He told them to give me as many speeches as possible in the off-season. I used to give hundreds of speeches for $100 each and a good amount for free. I would speak at Boy’s and Girl’s Clubs, YMCA’s, schools, churches and really anywhere I could.”

The reason Kemp devoted his life to strengthening marriages, fatherhood and relationships is so kids will get the love they need.

“A kid does well when his family is doing well,” Kemp said. “A family does well when a marriage does well. Even if a couple is divorced, they can still get along and be connected. All of those require men who are clear on who they are and who can live for a cause greater than themselves. They have to be honest and not fake. They have to figure out how to invest in relationships. Instead of consume.”

Kemp said since everyone lives in a consumer-driven world, it is natural to act like that in relationships.

“Society has trained us to be like, ‘It is all about me, me, me,’” Kemp said. “Whether it’s with your ego, pornography, sex, hookups, the way men treat their wives, it can get very selfish. If you consume, you drain the relationship of its value and they don’t last long.”

He said huddling with men is one of his passions.

“I got to do it all during my college and pro days in football,” Kemp said. “But not just on the field and in the locker room, but I have really close Christian friends. We are committed to helping each other grow and be good men. I have those meetings with guys on the airplane, Saturday nights before the game or in our hotel rooms on the road. I have huddled with two friends for the seven years that I have lived in Little Rock every single Monday. It is just a passion for me to be at men’s conferences.”

At the Men of Steel Conference, Kemp will speak about identity.

“Who are we? What makes us worth something?” Kemp said. “Whether our dad has made it clear if we are valuable or not, we all have a heavenly father that thinks we are awesome and will fix the problems with all of our selfishness. I will also talk about relationships and the investor versus consumer paradigm. I talk about it in football terms. Pro quarterbacks and pro receivers aren’t consumers from each other or they would get cut or their team would never win. They are investors because the quarterback is trying to make the receiver look good and the receiver is trying to make the quarterback look good. They are both serving the other guy and expecting more themselves than they do of the other. If we can do that more with our marriages and as dads, we would be way better off.”

Kemp wants men to walk away from the conference knowing that no matter how their fathers treated them, or whether he was around or not, that they have a heavenly father who values them.

“It doesn’t matter what they have heard in their life like people saying, ‘Hey, you’re a dufus, you’ll never amount to anything,’ even no matter what they have done, they have a real heavenly father that values them,” Kemp said. “He values you in such an amazing way, that he let his only son, Jesus, die for you. He can forgive all of the junk in their past. I want men coming away, knowing that there is a different identity than they might have walked in with and that they are worth a whole lot. I also want men to see the power in freedom and be encouraged to start getting honest and having some really close friends again. If you can have one or two guys that you can huddle with, every week, then you can get a team on your side.”

Kemp is the author of two books, Facing the Blitz: Three Strategies for Turning Trials into Triumphs, and Real Good Man. He is a Dartmouth-educated MBA, who has been married to his wife Stacy for more than 30 years. They have four sons.

Several members of the Covington Veterans Foundation board were able to attend the Remembering Rodney event held on July 18... read more