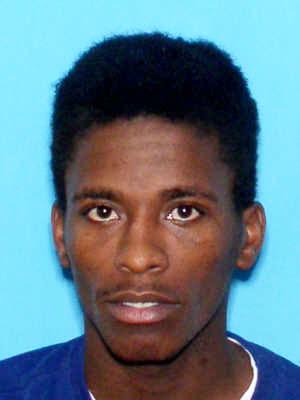 The Andalusia Police Department has obtained a warrant for the arrest of a suspect in a Thursday night shooting that left a victim in critical condition.

Capt. Paul Dean said the APD is currently exhausting all efforts to locate Daimeion Rashawn Logan,  30, a black male whose current address is unknown. Logan is known to frequent Covington, Crenshaw and Pike counties in Andalusia, Dozier, Brantley, Luverne and Troy, he said.

Dean said anyone who makes contact with Logan should not approach him, as he is considered armed and dangerous. Anyone who knows his whereabouts is asked to contact the APD at 334.222.1155.

Dean said the APD responded to a report of a shooting on Snead Street at about 8:30 Thursday night. While in route to the residence, officers learned that the victim was being transported from the scene in a personal vehicle. Advanced EMS medics met the vehicle on the Square and began rendering aid to the victim.

The victim, a 32-year-old white male, was transported to Andalusia Health, where he was treated before being airlifted to a regional trauma center where he underwent extensive surgery.

As of 9:15 Friday morning, the victim’s condition was still considered critical, Dean said.

Dean said Logan’s record shows previous charges for drug offenses in Pike County. However, the local incident is not believed to be drug-related, Dean said.