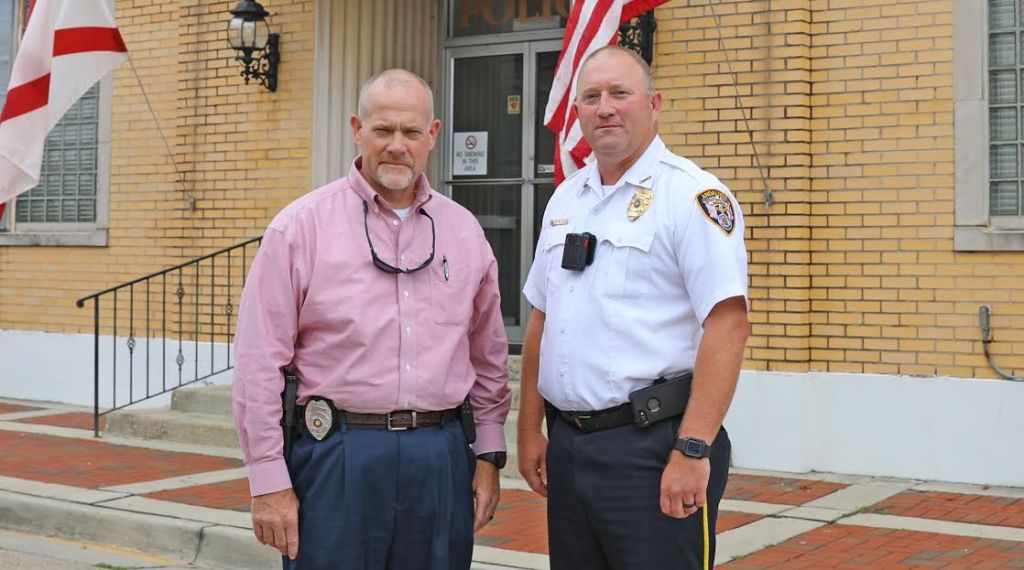 Jamey Wismer has been named a captain and assistant chief in the Andalusia Police Department.

Capt. Wismer, a 25-year veteran of law enforcement, will oversee investigations for APD. He most recently worked as a district manager in the Department of Pardons and Paroles. His previous work includes time in the district attorney’s office as an investigator, the Covington County Drug Task Force, and the Troy Police Department.

“We went to the mayor and council about a month ago and asked to bring someone on in this position to run criminal investigations,” Hudson said. “Capt. Wismer won’t have a personal case load, but will oversee operations and assist investigators when they need help. We thought he would be a great fit to come in and help us get prepared for the future.”

Wismer, who also has worked as a trainer in Pardons and Paroles, will help develop courses to be offered at the department’s training facility.

Wismer said in his most recent role in Pardons and Paroles, he supervised 42 employees in seven counties, and was based in Dothan.

“When I hit my 25-year mark, I wanted to get back to my community,” he said. “The majority of my work has been here, and this was a great opportunity for me to come back to my county.”

“I like figuring out the justice, for the victims, and for the community,” he said. “If the suspect’s not caught, then there’s another victim.”

He also has completed the training in hostage negotiations, and has successfully neutralized several potentially deadly situations.

He will be working alongside current assistant chief, Paul Dean.

Wismer graduated from Opp High School, and attended LBW Community College. He earned a bachelor’s degree in criminal justice from Troy University while simultaneously working for the Troy Police Department.

He and his wife, Angela, are the parents of four daughters, Hannah, Emily, Maddie and Allie.