Kim and Kyle Baumgartner say they plan to embrace the nostalgia of the former Coca-Cola plant as they convert the facility for their new business and build living quarters upstairs.

The Baumgartners expect to finalize an agreement with the Andalusia City Council to purchase the Coca-Cola plant later this month. The Council had the first reading of an ordinance authorizing the sale Tuesday night.

The couple plans to open a family-friendly, upscale venue, and have worked with the City of Andalusia and architects from Concordia in New Orleans on the design for a taproom pub, The B, which will serve craft beers, wine, and new-to-Andalusia food offerings. The design includes an outdoor entertainment area, space for sidewalk chalk art, ping-pong and shuffleboard. There also is an area for food trucks.

“We plan to repurpose everything that we can in the building,” Kyle Baumgartner said. “There is a lot of historical significance here, and we want to preserve that.”

Coca-Cola products were bottled in the facility from the 1950s until 1980. The original stainless steel tank in which syrup was stored is still upstairs. Baumgartner said when demolition begins, he plans to move the tank downstairs and incorporate it into the design of the taproom 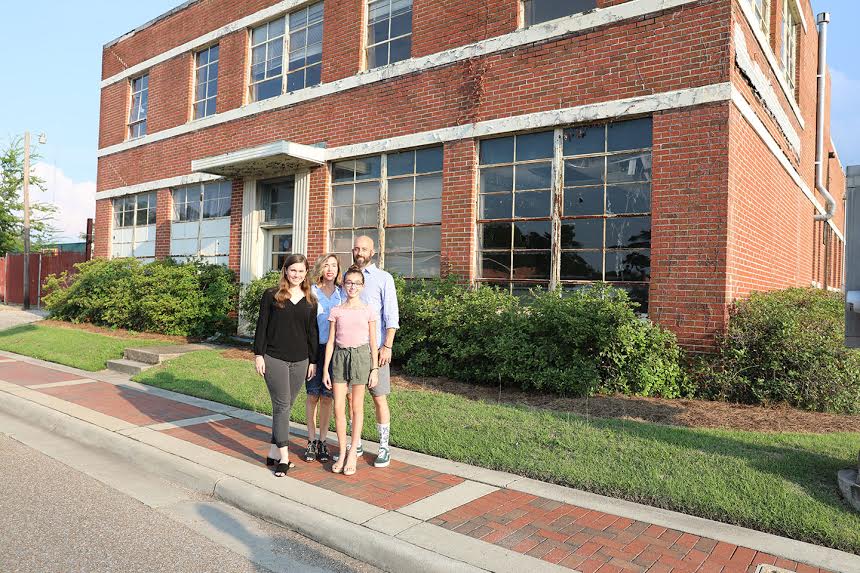 The B also will have an area with large-screen televisions for sports events, and will regularly feature live music.

Kim Baumgartner said everything about The B will be geared toward family. “This will be a family-friendly place because we live here,” she said. The venue will be open to the public four nights per week.

Among the things she plans to incorporate is a Beer and Bible night on Wednesdays. “This has been very successful in Dothan, and we have already talked with a couple of ministers about doing this here,” she said.

The couple also said they hope to partner with another business in the future to share the warehouse space at the facility.

The Baumgartners expect the construction phase of the project to take six to nine months. The city is selling the building for $145,000 and will assist with demolition and architectural services. The Baumgartners will make also make a significant capital investment in the project.”

The city will hold a mortgage on the building for its development costs, which the couple will begin paying after a one-year grace period. The B will be a part of the downtown entertainment district. The sales taxes generated on the premises by the tap house and by food trucks operating there (not including education taxes) will be used to repay the city its initial investment.

“The B will complement the other businesses that have located in the downtown district,” Mayor Earl Johnson said. “Taprooms are very popular with millennials, and frankly, we think The B, like our other downtown entertainment venues, will become a regional destination.”

The proposed agreement with the Baumgartners is similar to agreements with Big Mike’s, Milky Moo’s and Clark Theatres, he said.

A vote on the proposed ordinance is set for August 20. 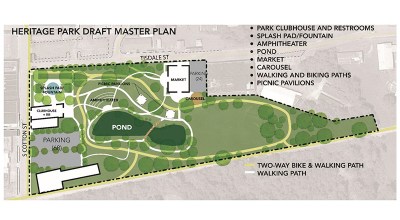