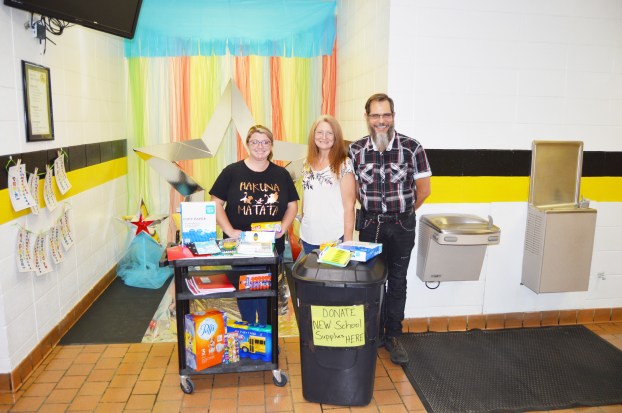 After hearing his customers talk about how they didn’t have school supplies, South Alabama Barber’s Mafia owner Hughie Atkison and his fiancé Meichele Parker took it upon themselves to raise school supplies.

“I had two young customers in my barbershop,” Atkison said. “So, I started asking them about school and if they were excited to start back, but they said they were having trouble with school supplies.”

Atkison said he knew that if he shouted out to the surrounding community, he could raise supplies.

“I love my community,” Atkison said. “And I knew that if I shouted out to them, they would respond. I honestly didn’t think they would respond by filling up the can so quickly. I did only have a week to do this. If you would have given me two weeks, I could have doubled the amount of supplies.”

Atkison and Parker are both alumni of Red Level Schools and said they believe in giving back to the community.

The couple raised about $500 worth of school supplies for the teachers and students of RLES.

Andalusia Ballet director Maryanne Murphy said she has tried to get the instructors teaching this summer’s company workshop for the... read more