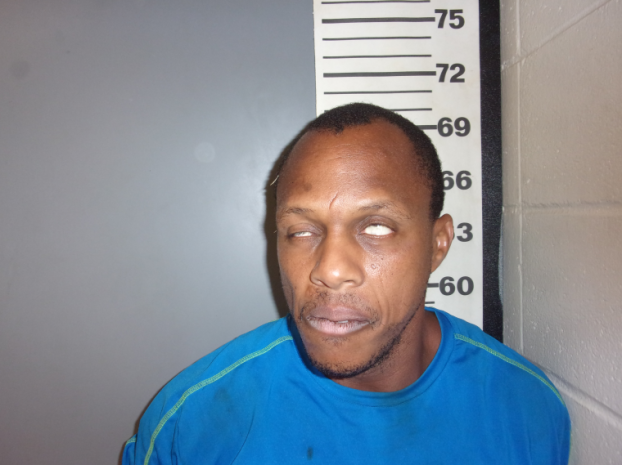 A local man is behind bars after he led deputies on a two-county high-speed chase Tuesday night.

Covington County Chief Deputy Todd Grimes said, on Aug., 20, at approximately 11:26 p.m., Sgt. Jeff Daniel was on routine patrol when he observed a vehicle cross the centerline multiple times in a short distance.  He checked the license plate on the car, which indicated that the vehicle he observed was not registered to the vehicle he was following. Daniel activated his blue lights to conduct a traffic stop of the suspect vehicle and the vehicle failed to stop continuing northbound on U.S. Hwy. 331.

Grimes said the speed of the suspect vehicle had increased as Units trailed behind at speeds of 95 to 100 mph.

The local command center notified Brantley and the Crenshaw County Sheriff’s office to advise them of the pursuit.

Brantley police officers set up spikes strips on U.S. Hwy. 331, just south of the city in an effort to bring the chase to an end.

As the suspect vehicle crossed the strips, all four tires were penetrated successfully.

The suspect continued to a roll on the deflated tires into the town of Brantley at a slower pace and turned off of U.S. Hwy. 331 onto city streets.

The vehicle came to a stop in a private driveway and the driver was immediately taken into custody by Daniel and assisting Officers without further incident.

The driver was identified as Paul Terrell Sealey, a 40-year-old male, was charged with attempting to elude, possession of controlled substance (synthetic marijuana) and possession of drug paraphernalia. Sealey was also charged with multiple traffic violations.

Sheriff Blake Turman and Chief Deputy Todd Grimes commend the actions of Sgt. Jeff Daniel, all responding officers and Command Center Communications for their professionalism and diligence in bringing this incident to a safe conclusion.

The Andalusia City School Board of Education made a couple of final personnel decisions last night at their monthly board... read more