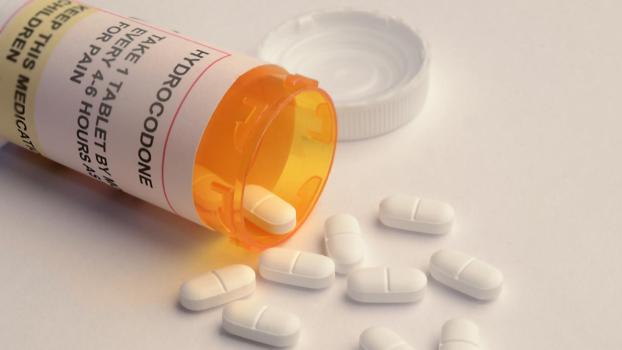 Owner of Florala Pharmacy Charles Smith said that since the number of overall prescriptions was high, that would mean the opioid prescriptions would be higher, as well.

“Since the size of the pharmacy is bigger, naturally we would have a larger number for everything,” Smith said. “We did more Lipitor and Hydrochlorothiazide, as well. Whatever we were treating, we did more of everything.”

The Star-News published an article on Saturday releasing the dosage amounts of opioids shipped to local pharmacies in Covington County from 2006 until 2012. Smith said during that time period, the numbers would have been higher because of hydrocodone still classifying as a Schedule III drug.

“That data is totally irrelevant in today’s world,” Smith said. “One of the main reason that the data is irrelevant is because, at that time, hydrocodone, which is the biggest opioid that was being abused, was a Schedule III  drug. That means, that doctors could give refills on it. They could give up to five refills. Today, it is a Schedule II drug, just like oxycodone.”

Smith did not deny that there is an opioid crisis, but he said it is not nearly as bad as it was from 2006 until 2014. He also said there have been improvements to technology, which allow him to crack down on opioids being dispensed.

“We now have the prescription drug monitoring program,” Smith said. “When we have a new patient that is on pain meds, all we have to do is check that database and see if they have been getting it at another store. It has really stopped people from being able to go to multiple pharmacies.”

Another big hole that Smith found in the data was a complete pharmacy missing from the list.

“I owned Pharmacare in Andalusia in 1996 and then sold that business to Rite Aid in 2013,” Smith said. “We were definitely open during that time period and we were receiving shipments of medication as much as the pharmacy here and Darby’s, but that pharmacy doesn’t even show up on the list.”

Although these pharmacies prescribe the medication, Smith wants to make sure that people know that they do not write the prescriptions for the medication.

“All of these prescriptions were dispensed on the order of a physician,” Smith said. “We are not shady pharmacists.”

Smith said everything they do is being monitored and watched over carefully by the DEA and their wholesalers.

“The DEA knows what we are buying,” Smith said. “With our monitoring program, they know what we are buying, what the wholesalers are selling and which doctors are writing it. They know everything. We have never been checked by the DEA and have never had a reason to be checked. Our wholesalers watch us even closer than the DEA. They look at our stock from a ratio of controlled drugs to non-controlled drugs. If it is out of what they call ‘the norm,’ then they question us. They want to know what’s going on.”

Smith said the problem is being addressed, but the numbers of opioids is starting to skyrocket on the street because of the precautions pharmacies are now taking.

“If a person is addicted they are going to find a way to get the drug,” Smith said. “They are going to go to the Internet and purchase them or get them off the street, but we are doing our part here to monitor the influx of meds.”

“That percentage is a number that the wholesalers look at,” Darby said. “If you get a store that is ordering more into the double digits, then they will come down and take a look. We have never had any issues with being cut off or anything like that.”

It all comes down to the size of the pharmacy, Darby said.

“If you counted the amount of blood pressure medicine that we sold, we would probably lead that in the county, too,” Darby said. “It is just the function of your customer base. The DEA and the wholesalers monitor it pretty closely.”