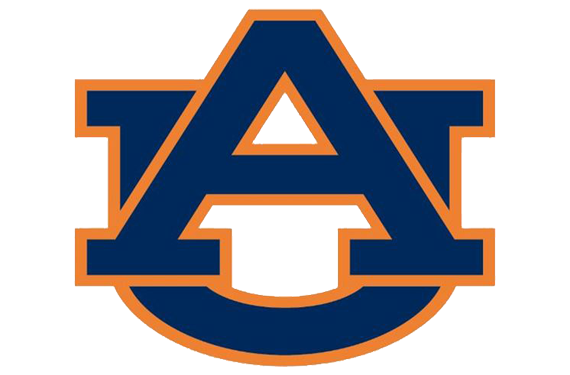 According to Money, Forbes and Niche, Auburn University is the best choice for students in the state of Alabama and some Covington County locals agree.

Several graduates and students from Auburn University voiced their opinions as to why “The Plains” is the best college in the state.

Andalusia High School alumna and master’s degree student at Auburn Hope Caton said she loves the college because of the family feel.

“I love Auburn because it’s not just a school, but you truly feel like you’re apart of a family,” Caton said. “The school spirit and culture at Auburn is so captivating and inclusive to all. Attending Auburn is an empowering experience where you truly are challenged and motivated to become men and women of the Auburn Creed. I love the timeless traditions and values that Auburn stands on, and I believe it offers a top-notch education that leaves graduates with a sense of accomplishment like no other.”

“There’s a small-town atmosphere you don’t get at other colleges,” Cox said. “I stayed even after I graduated, and lived there while I commuted to law school in Birmingham. My dad went to Auburn and worked at J&M Bookstore, and then when I got to Auburn I was offered a job there, too. Just that legacy feeling, and there’s always somebody that knows somebody from Andalusia, so that kind of ties in with the small-town atmosphere. It truly is the loveliest village on the plains.”

Auburn’s national ranking by Forbes among public colleges is 47. Forbes lists the median salary of Auburn alumni with 10 or more years of experience at $104,500, and Money notes that just three years after earning an undergraduate degree the average Auburn graduate makes an annual salary of $52,800.

Andalusia High School alumnus Chris Gerhart loved Auburn University so much he decided to go back and enroll in pharmacy school.

“I would say I think it is the best college in Alabama but that’s clearly opinion, and I am biased,” Gerhart said. “I know plenty of people who got good educations from UA and even other universities in the state who are in my class and the classes above and below me in pharmacy school. As far as my time, it’s been great. It’s been a long six to seven years, but I’ve had a lot of fun getting involved, and I’m definitely going to be proud of my degree.”

Andalusia local Mark Hainds spent 20 years as a research assistant at Auburn University and earned his master’s degree in forest biology from the university in 1995.

“I loved the school and the town,” Hainds said. “There’s something about smaller cities that are defined by a university that I find particularly attractive. Typically, those communities are more cosmopolitan and progressive than the surrounding area, particularly in the Deep South or Midwest, where I have lived and studied. My education and degree have served me well, with a long and enjoyable career in forestry.”

This is Andalusia High School alumna Melody Rathel’s first year at Auburn. Though she has always screamed, “Roll Tide,” she chose the Plains for college.

“Growing up in a military family, I have lived in several different parts of the country,” Rathel said. “With each move, one thing stayed the same: Saturday’s in the fall were dedicated to college football. More specifically, Alabama Crimson Tide football. When it came time to pick where I wanted to dedicate my next four years, the decision was a difficult one. I toured Auburn University on November 28, 2018, and although I grew up yelling, “Roll Tide!”, I immediately knew I was going to be a tiger. As I was walking around the beautiful campus, I felt like I was home. Everyone I encountered greeted me with a smile and a warm, “War Eagle!” I fell in love with the traditions that are followed, and with the pride that is instilled in every single student. My first few weeks here on the Plains have been nothing short of amazing (sorry, Dad).”

No other university in the state of Alabama came close to Auburn’s ranking with Money, which examined quality of education, affordability and outcomes as its criteria for determining a best value college. Under the quality of education assessment, such factors as six-year graduation rates, peer quality, instructor quality and Pell Grant recipient outcomes were measured. For affordability, Money looked at the net price of a degree, affordability for low-income students, debt and students’ ability to repay that amount and student loan repayment measures.

As for Niche, Auburn received an overall grade of A, scoring well in such categories as academics, value, student life, professors and campus food. The Niche Best Colleges ranking was based on a rigorous analysis of academics, admissions and financial and student life data from the U.S. Department of Education along with millions of reviews from students and alumni. The ranking compared more than 1,000 top colleges and universities in the U.S.

Current Auburn University student Emily Theus said her academics have been challenging, but worth it.

“Over these past four years at Auburn University, I have been getting my bachelor’s of science in nutrition science,” Theus said. “It has been academically challenging, but extremely rewarding. I have had so many opportunities for campus involvement from SGA to philanthropic sorority involvement to even simple volunteering opportunities. Auburn has such a welcoming and friendly atmosphere that makes for an enriching social setting full of exciting new people and experiences “One thing that has always amazed me about Auburn is the size. Auburn has so many diverse students from across the globe, but it never feels as big as it is in reality. The city of Auburn is a booming but tight knit community that definitely contributes to the quality of the university. I believe that neither the city nor the university would be as excellent without the other. I think after saying all of this, you can see that my opinion of Auburn University is held very high. Some might even say that it is the best college in the state of Alabama. From my experience, I would have to agree with those people.”