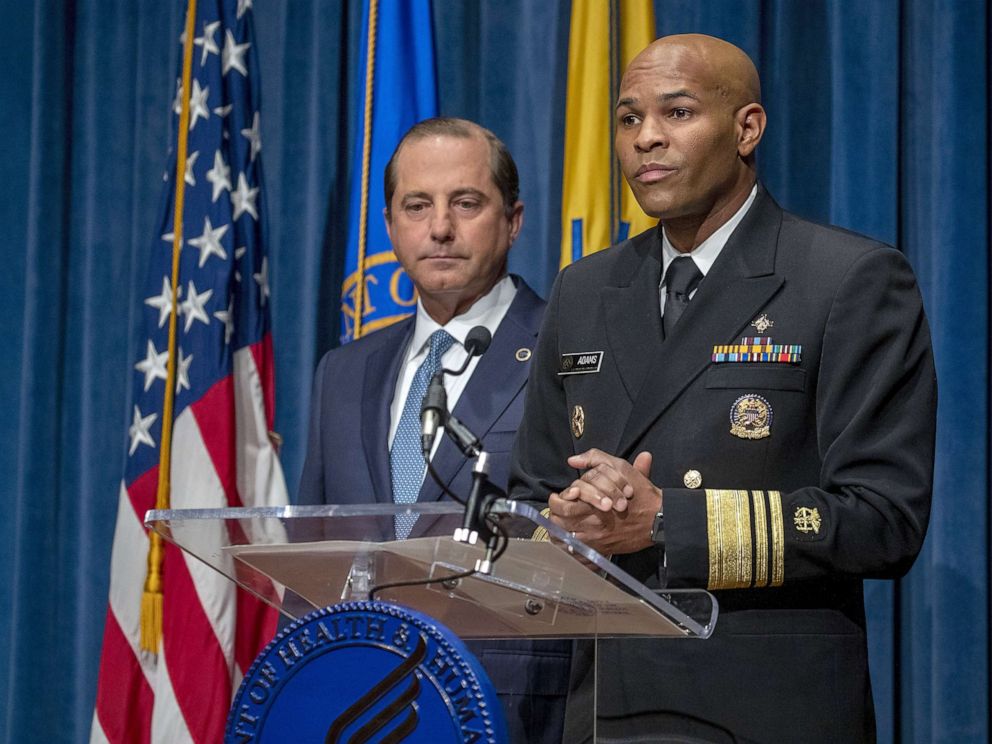 Last week, U.S. Surgeon General Jerome Adams released an advisory on marijuana use during pregnancy and during adolescence.

Adams stated that marijuana has changed over time.

“The marijuana available today is much stronger than previous versions,” Adams said. “The THC concentration in commonly cultivated marijuana plants has increased three-fold between 1995 and 2014 (4 percent and 12 percent respectively). Marijuana available in dispensaries in some states has average concentrations of THC between 17.7 percent and 23.2 percent. Concentrated products, commonly known as dabs or waxes, are far more widely available to recreational users today and may contain between 23.7 percent and 75.9 percent THC.”

Since the change in marijuana over the years has caused its concentration to be higher, Adams said the risks of physical dependence, addiction and other negative consequences increase.

“Higher doses of THC are more likely to produce anxiety, agitation, paranoia, and psychosis,” Adams said. “Edible marijuana takes time to absorb and to produce its effects, increasing the risk of unintentional overdose, as well as accidental ingestion by children and adolescents. In addition, chronic users of marijuana with a high THC content are at risk for developing a condition known as cannabinoid hyperemesis syndrome, which is marked by severe cycles of nausea and vomiting.”

The point of the advisory is intended to raise awareness of the known and potential harms to developing brains, posed by the increasing availability of highly potent marijuana in multiple, concentrated forms.

“These harms are costly to individuals and to our society, impacting mental health and educational achievement and raising the risks of addiction and misuse of other substances,” Adams said. “Additionally, marijuana use remains illegal for youth under state law in all states; normalization of its use raises the potential for criminal consequences in this population. In addition to the health risks posed by marijuana use, sale or possession of marijuana remains illegal under federal law notwithstanding some state laws to the contrary.”

Adams said pregnant women use marijuana more than any other illicit drug.

Along with pregnant women using marijuana more than any other drug, Adams said marijuana use during pregnancy can affect the fetus and could still be dangerous to the baby after birth if the mother is still using marijuana.

“THC can enter the fetal brain from the mother’s bloodstream and may disrupt the endocannabinoid system, which is important for a healthy pregnancy and fetal brain development,” Adams said. “Moreover, studies have shown that marijuana use in pregnancy is associated with adverse outcomes, including lower birth weight. The Colorado Pregnancy Risk Assessment Monitoring System reported that maternal marijuana use was associated with a 50 percent increased risk of low birth weight regardless of maternal age, race, ethnicity, education, and tobacco use. THC has been found in breast milk for up to six days after the last recorded use. It may affect the newborn’s brain development and result in hyperactivity, poor cognitive function, and other long-term consequences. Additionally, marijuana smoke contains many of the same harmful components as tobacco smoke. No one should smoke marijuana or tobacco around a baby.”

According to Adams, marijuana is also commonly used by adolescents, second only to alcohol and the legalization of marijuana could impact youth perception of harm from marijuana.

“In 2017, approximately 9.2 million youth aged 12 to 25 reported marijuana use in the past month and 29 percent more young adults aged 18-25 started using marijuana,” Adams said. “In addition, high school students’ perception of the harm from regular marijuana use has been steadily declining over the last decade. During this same period, a number of states have legalized adult use of marijuana for medicinal or recreational purposes, while it remains illegal under federal law. The legalization movement may be impacting youth perception of harm from marijuana.”

The human brain continues to develop from before birth into the mid-20s, which is why Adams believes adolescents are vulnerable to the effects of marijuana and other addictive substances.

“Frequent marijuana use during adolescence is associated with changes in the areas of the brain involved in attention, memory, decision-making, and motivation,” Adams said. “Deficits in attention and memory have been detected in marijuana-using teens even after a month of abstinence. Marijuana can also impair learning in adolescents. Chronic use is linked to declines in IQ, school performance that jeopardizes professional and social achievements, and life satisfaction. Regular use of marijuana in adolescence is linked to increased rates of school absence and drop-out, as well as suicide attempts.”

Adams also said that marijuana use is linked to risk for and early onset of psychotic disorders such as schizophrenia.

“The risk for psychotic disorders increases with frequency of use, potency of the marijuana product, and as the age at first use decreases,” Adams said. “Adolescent marijuana use is often also associated with other substance use. In 2017, teens 12-17 reporting frequent use of marijuana showed a 130 percent greater likelihood of misusing opioids23. Marijuana’s increasingly widespread availability in multiple and highly potent forms, coupled with a false and dangerous perception of safety among youth, merits a nationwide call to action.”

Marijuana is now legal either recreationally or medically across 33 states.

The advisory is also the first on marijuana since one issued by Surgeon General C. Everett Koop in 1982.