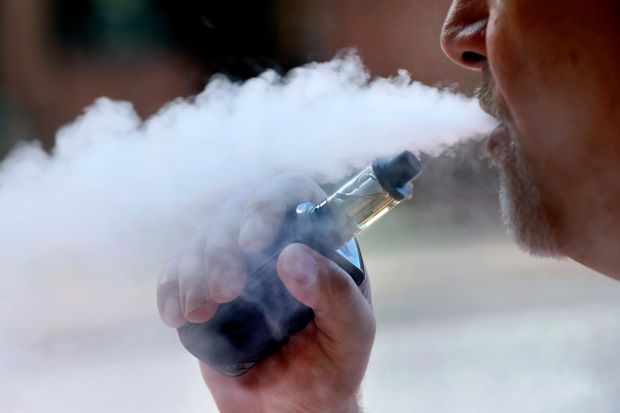 More than 450 cases and six deaths associated with e-cigarette

As of Sept. 10, more than 450 possible cases of lung illnesses and six deaths associated with the use of e-cigarette products have been reported to the Center for Disease Control from 33 states.

SEC Lung pulmonologist Dr. Robert Garver, who practices in Andalusia and Sacred Heart in Pensacola, said he has yet to see any cases.

“This is something that has just come on to the scene over the past two to three months,” Garver said. “It is still not very common.”

According to a 2016 survey, there are about 10 million vapers in the U.S. and nearly half of those are under 35.

“Eighty percent of those 450 were associated with THC vaping,” Garver said. “There has been some suggestion that apparently some preparations are using Vitamin E as a thickening agent. So, there is some concern that there might be a link between the two, but the CDC hasn’t confirmed any causal relationship between any specific ingredient.”

The specific illness that the CDC and Garver refer to looks similar to ARDS, which is Acute Respiratory Distress Syndrome.

“It is an acute lung injury,” Garver said. “I have looked at the CT scans that have been published and it looks a lot like ARDS. That is where the lungs fill with fluid and that interferes with the ability to transfer oxygen into the blood, leading to respiratory failure. The treatment for that is supportive care.”

Garver said the specific symptoms for the illness are non-specific.

“Shortness of breath, chest pain and coughing, that’s it,” Garver said. “So, nothing that can distinguish it from anything else.”

The CDC said Friday that people need to stop using e-cigarettes immediately, but Garver said if people can’t stop, then they need to monitor what they are vaping.

“The advice that I have seen is to not spike commercial nicotine vaping products with THC,” Garver said. “It could be that the mixing with the THC and the Vitamin E even with commercial-grade vaping products is a problem. If you absolutely have to vape, then use it in moderation and use the commercial products that are available. Definitely don’t buy something off the street that somebody has been mixing in their basement.”

The difference between smoking cigarettes and vaping is significant, but Garver said with cigarettes, at least they have decades worth of data to show the long term effects.

“Vaping is heating up nicotine in, usually, a glycerol base,” Garver said. “You are actually getting fewer toxins overall than what is in cigarette smoke. When you burn a tobacco leaf, there’s not only just tar and nicotine in it, but there are 100s of other reactive species that attack the normal tissues and create problems. I commonly tell my patients whenever I am trying to get them to stop smoking, that I am OK with them transitioning to vaping for a little bit to ease their way into quitting entirely. I do point out to each patient that the long-term safety of vaping is not established. We know so much about the bad things in cigarettes, because we have decades of data on it, but vaping is something that has come up in the last five years.”

New AHS fundraiser could have your yard full of signs