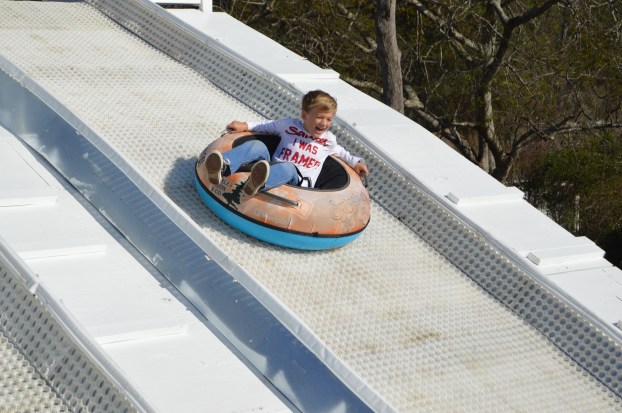 City and Chamber officials are taking steps to cut down on the wait times at Candyland in December.

Chrissie Duffy, executive director of the Andalusia Area Chamber of Commerce, asked the city of Andalusia for $179,000 to help fund this year’s Candyland event.

Duffy said some of the attractions need improvements since they have been used for several years.

One of the things, the city and chamber will fix is expanding the area on the slide to give more space and a safer space for those who participate in the attraction and new handrails.

The new material, a galvanized steel will be more weather resistant and City Planner Andy Wiggins said should last the rest of his lifetime.

Duffy said that the 2018 event brought some large crowds, which allowed them to see how they can better facilitate.

“I don’t like to see people waiting,” she said.

One thing Duffy said they will do to help cut down on the wait is when people arrive and get tickets at Springdale, they will receive an allotted time slot for the skating rink.

Duffy hopes that will alleviate the line and provide a better experience for all involved.

Improvements will be made to the skate shack and some skates will be replaced.

Duffy also expects there will be some $40,000 in income from ticket sales and business investments.

The only real compliant the city and chamber receive on the event is the wait time.

Duffy said on one of the busiest days last season, she timed that it took a person in the longest line 10 minutes to get to the top of the slide.

There are also plans to move the cottages at Springdale farther apart to help get the crowds more dispersed.

There will be an expected 34 or so cottages this year for children to enjoy.