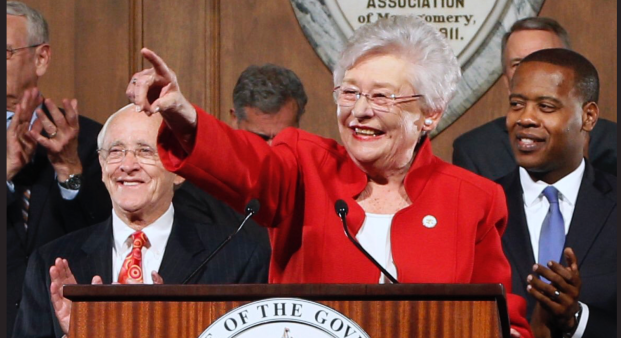 “Throughout my life, I am constantly reminded that I have so much for which to be thankful; God has been incredibly gracious to me.

“One of the highest honors you have given me is serving as your governor.

“Because I always shoot straight with you, I want to share a recent challenge that has been placed in front of me.

“Within the past few weeks, during a routine exam, my longtime family physician discovered a spot on my lung that was unusual. Additional tests confirmed that this was, indeed, a tiny, isolated malignancy.

“The good news is I am one of the fortunate ones where this was discovered early, and it is very treatable.

“The better news is Alabama is home to some of the world’s leading physicians. My team of doctors have assured me this treatment has a very high rate of success and will have a minimal impact on my schedule.

“Tomorrow morning, I will travel to UAB for an outpatient procedure, which will allow me to soon begin a series of specialized radiation treatments. None of this will prevent me from continuing to serve as your governor and doing the work you elected me to do.

“Naturally, I welcome your prayers and your support. Just as so many others who have been affected by cancer, I am confident of God’s plan and purpose for my life and feel extremely fortunate this was caught so early.

“May God continue to bless each of you and the great state of Alabama.”

Ivey was sworn in as governor following the resignation of Robert Bentley on April 10, 2017. She is the second female governor in the state’s history. The first was Lurleen Wallace, the wife of George Wallace; she was governor for about 16 months in 1967 and 1968, until her death from cancer.

What started as a small support group for men has turned into a men’s meeting that has reached more than... read more