READY TO HIT THE GRIDIRON: Florala prepping for battle with the Raiders 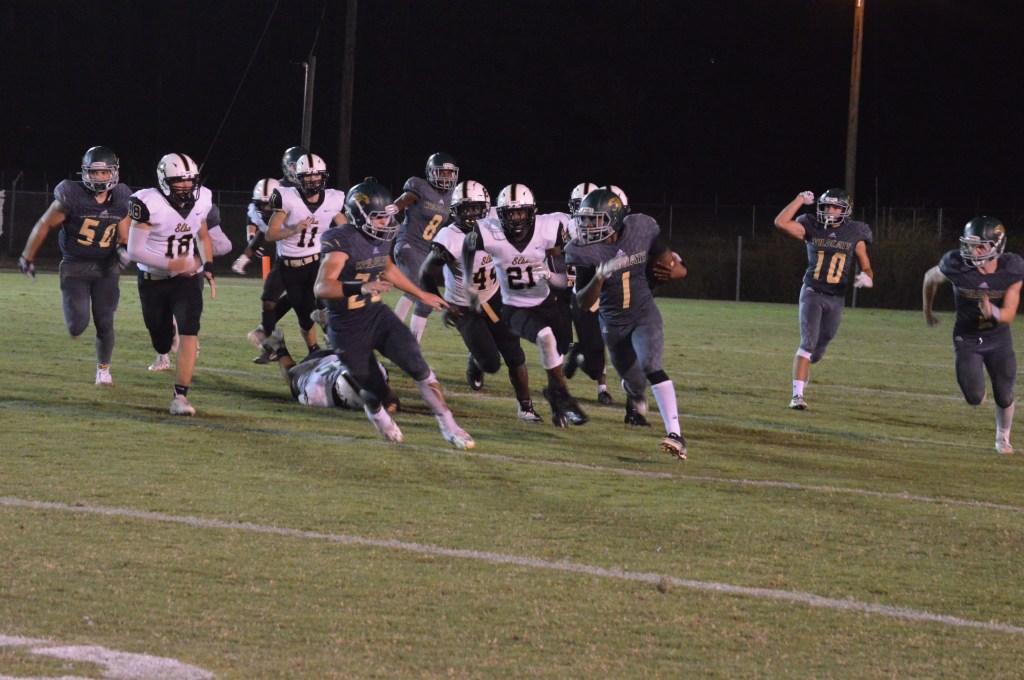 The Florala Wildcats (2-3, 1-2) look to get things going back in the right direction when they travel to Dothan on Friday to take on the Houston Academy Raiders (1-3, 0-3).

“We have to do a better job at tackling this week,” Florala head coach Toby Greene said. “We haven’t done a good job of that the past two weeks.”

Greene said that he knows Houston Academy won’t be an easy challenge.

“They are a really good football team,” Greene said. “They aren’t giving up a lot of points on defense.”

Houston Academy does things that Wildcats will have to be aware.

“They run a version of the wing-t,” Greene said. “They still throw the ball a lot so they run a pretty balanced offense. The wing-t isn’t an offense that you see that much anymore. When I first got into coaching, you saw it almost every week and now everyone has gone to some type of spread offense. They say football goes in circles so maybe the wing-t is making a comeback, but it’s almost like we are having to reteach our players how to cover it.”

Greene said that there isn’t any particular player that the Wildcats can key in on.

“They don’t really have that one star player you can focus on,” Greene said. “Their offensive line is their strength. They will rotate backs and they have a good quarterback that can get it out there to their wide receivers. With Coach (Jamie) Riggs and his staff, they are an extremely well coached team.”

There are few things that must happen for the Wildcats to be successful.

“First of all, we have to stop the run on defense,” Greene said about the keys to the game. “We can’t have any break downs in the kicking game and on offense we can’t shoot ourselves in the foot. We can’t have dumb penalties or turnovers that kill drives.”

Following two tough losses to Brantley and Elba, Greene said that there is a lot of football left to play.

“These kids have been resilient following two tough losses,” Greene said. “You really have to give them credit. They have continued to come in each day ready to work. We have a lot of football left. We just have to continue to try and improve each week. If you look at our three losses, those three teams are combined for a 9-1 record. We need a win this week, but we have a lot of football left to play.”

Florala is 4-3 all-time against Houston Academy, but the Raiders won last year’s contest 42-39.

Florala comes into the game on a two-game skid after falling to Brantley and Elba.

Through five games, Florala has scored 134 points and has given up 205 points.

Houston Academy comes into the game after dropping their past three games to Pike County, Opp and Straughn.

The Raiders have scored 49 points and given up 114 points through four games in 2019.

Florala and Houston Academy are set to kickoff at 7 p.m., Friday in Dothan.