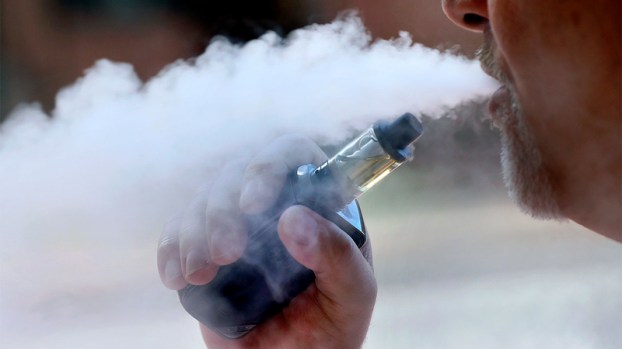 The Alabama Department of Public Health says it has confirmed the state’s first death from a vaping-related illness.

While the victim’s name has not been released, ADPH said the man was from east Alabama.

The death comes as the Centers for Disease Control and Prevention investigates a multistate outbreak of lung injury associated with vaping. The CDC is looking at more than 805 lung injury cases in 46 states and one U.S. territory.

So far, there have been 12 deaths confirmed in 10 states, though Alabama’s death is not included in that number.

Two-thirds of the cases being investigated by the CDC involve patients between ages 18 and 34. ADPH has not released the victim’s age, stating only that he was an adult male.

ADPH said national counts will be updated on Thursday.

“The use of any tobacco product is unsafe,” State Health Officer Dr. Scott Harris said. “While this current outbreak is being investigated, the safest option is to refrain from using any e-cigarette or vape product. Furthermore, there is no situation in which these devices should be used by pregnant women or youths.”

Symptoms of the illness include cough, shortness of breath and fatigue, with symptoms growing worse over a period of days or weeks before admission to the hospital. Patients may also show signs of fever, chest pain, nausea, abdominal pain and diarrhea.

ADPH is asking anyone who has sought medical care for a potential vaping-related injury to contact Jamey Durham at 334-206-5634 if they have any vaping/e-cigarette products that can be obtained for testing purposes.

More than a stadium: Looking back through the years

This is the 100th season of Andalusia High School football so let’s take a look back at the history of... read more