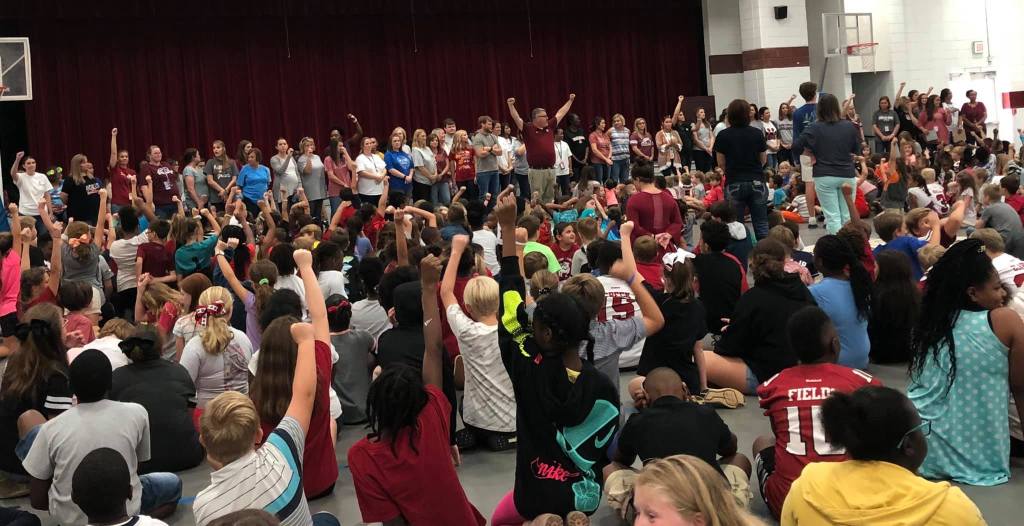 After that, Andalusia City Schools Superintendent Ted Watson said AES Principal Brenda Jackson and her crew got to work to make sure when the next year’s report card was released that their students’ scores were improved.

Though the scores haven’t been released by the State Department of Education to the public, school systems have received theirs to review.

AES scored an 85 in the newest round of report cards.

On Friday, students at AES were treated to a popsicle party in honor of the school’s success.

On the phone Friday, Watson expressed his praise for the teachers, administrators and parents, as well as students, who worked diligently to improve the scores.

Watson said that when last year’s report card came out school officials got to work immediately, studying the test, stepping up its instruction, changing the way they teach.

“The teachers at the elementary school really only had three or four months to do all this before they implemented it,” he said. “They took at look at what they were teaching in the standards and how they could better fit it for what students were tested on.”

Watson said that teachers and administrators at AES have endured some staunch criticism after last year’s results.

“They have really taken a whipping over last year,” he said. “We know that’s not what Andalusia normally does. We know the importance and our teachers pushed forward, and I am absolutely proud of the efforts made and the tremendous jump we made to score better. As much of an increase as we just made, we are going to continue to work harder.”