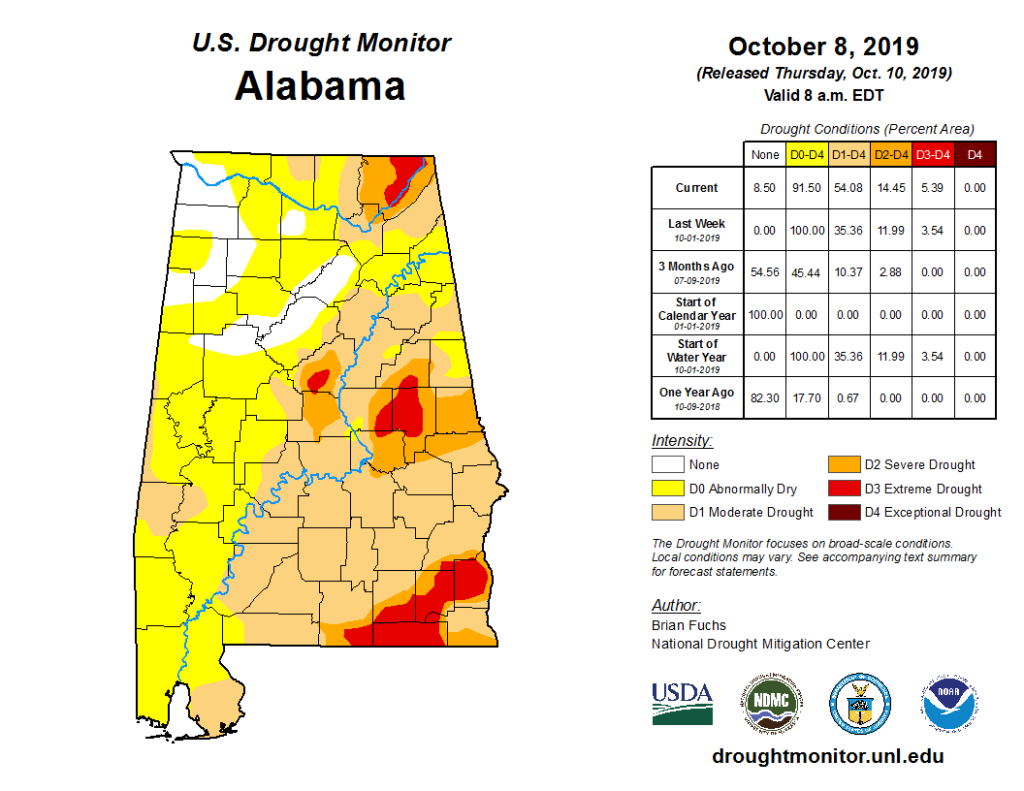 For yet another week, drought conditions continue to worsen in Covington County.

A small bit of rain in portions of the county last week did little or nothing to help.

The southeastern portion is among the hardest-hit by the drought in state.

Most of the state increased in the amount of drought it is experiencing.

There is a possibility for rain in the coming days starting Saturday with a 20 percent chance of showers and thunderstorms. That chance continues on Sunday. By Monday, the forecast increases to 30 percent, then 40 percent on Columbus Day and 50 percent by Tuesday.