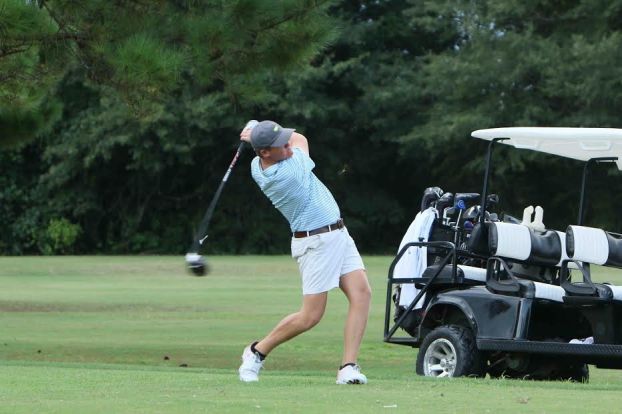 Kilpatrick said he narrowed his selection between several small schools in Alabama.

“I was looking at Faulkner, Spring Hill, Troy, North Alabama, Jefferson State, Montevallo, Alabama State University, Millsaps, Meridian, Oglethorpe, Lagrange and a few more,” Kilpatrick said. “I knew that Huntingdon would be my choice though. They are known for their amazing golf program.”

He said that his exposure came from a combination of playing well in high school games and playing youth tournaments.

“I was playing in a tournament in Montgomery and the Huntingdon coach saw me there,” Kilpatrick said. “I kept in touch with him ever since.”

The one thing that Kilpatrick is looking forward to the most next year is traveling the nation.

To keep his game up, Kilpatrick said he is going to have to practice a lot.

“College level golf is not the same as high school,” Kilpatrick said. “I am going to have to keep on doing what I’m doing and get the experience I need.”

After posting his news on Facebook, Kilpatrick said the community has been very supportive.

“Several people have congratulated me,” Kilpatrick said. “A lot of people from Andalusia have actually played golf at Huntingdon. So, they have been telling me I’ve made the right decision. I also want to thank my mom for taking me all over the south to compete in tournaments. If it wasn’t for her and my family, none of this would have been possible.”

Since this is his last year in high school, Kilpatrick said his eyes are on the state championship.

“I would really like to go out with a bang,” Kilpatrick said. “We came up short last year, unfortunately, but I’m hoping we can come away with a state championship this year either as a team or individually.”

Eagles fall to the Kinston Bulldogs

Despite a tough fight, the Pleasant Home Eagles football team fell to the Kinston High School Bulldogs in a region... read more