REMEMBER WHEN: FAMILY ROOTS VERY DEEP IN THE HEART OF GANTT 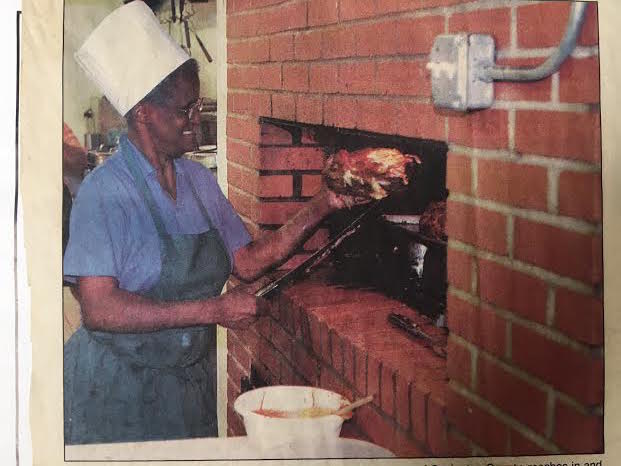 The history of the Gantt community can be traced back to the mid-1800s when families of Gantts and Gunters moved from South Carolina and settled on the banks of the Conecuh River better known as the “piney woods” of southeastern Alabama according to Covington County History by Gus and Ruby Bryan. These two families settled around a little store and post office called Hamptonville. Hampton Gantt was one of those early settlers. When the Central of Georgia railroad came through in 1899-1900, the post office was moved one mile farther west and the name of the village was temporarily changed to “Christine,” the name of a pretty one-room school teacher, Christine Gantt Wright. After her departure, the railroad men gave it the name of Gantt.

In the late 1800s and early 1900s, Gantt was a bustling town on the banks of the Conecuh River. Settlers who were attracted by timber and the river came to the area. The Rawls, the Gantts, the Ables, and the Gunters were some of the families who built their homes and businesses. Some were farmhouses 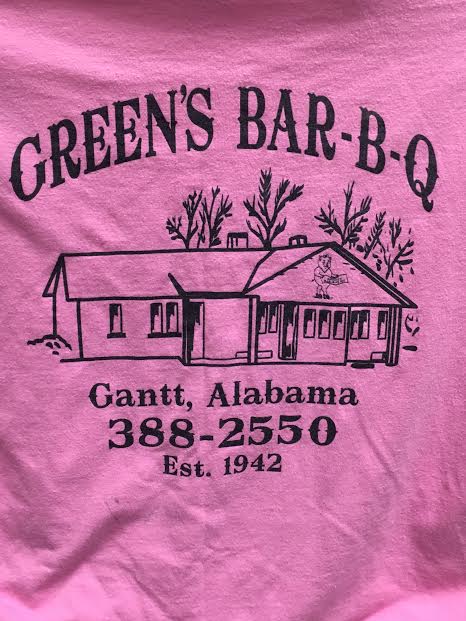 , some plantation style homes with the dog trot, some were Victorian style houses with wrap-around porches, but all had wells either off the back porch or in the front yards.

The town was laid out in blocks with a main street lined with huge oak trees and sidewalks for strolling. The train depot was the center attraction that brought a regular stream of people coming and going.

Tobacco auctions brought buyers from all over the South. The hotel would be full. The ladies and their helpers would pick, shell, and bag pecans and sell them to the visitors.

Cotton to be ginned would also bring farmers from near and far. Bales of cotton stacked and lining the streets waited to be weighed for market. Children would run and play hide-and-seek among the bales.

Timber was the largest money-making commodity in the area and turpentine extracted from the huge virgin pine trees was an additional source of livelihood. Trees from the vast forests were cut and floated down the river over the dam and on down to Pensacola. The lumbermen who managed this feat that lasted about two weeks would then walk back to Gantt from Pensacola camping out along the way.

The early settlers in Gantt accomplished much through their hard work, but one of the greatest achievements which had a positive impact on the area is the production of electricity from the natural waterway of the Conecuh River.

By Beaury Gantt’s building of the first dam as a part of his sawmill/grist mill and installing a generator, the town had electricity (6 a. m. to 10 p. m.) before other parts of the county including Andalusia. Davis Beauregard (Beaury) Gantt was the great grandfather of Charles Gantt, the late Dr. Davis Gantt’s son.

Everyday life in Gantt was filled with excitement and entertainment, the older generation remembers. In a newspaper article about the history of Gantt, some citizens stated, “I could have a better time in Gantt than anywhere I have ever been.”

The late Julia Hamner Studstill of Opp, formerly of Gantt, daughter of Dr. Samuel Hamner, one of Gantt’s two doctors, once said, “I pray that heaven will be like Gantt was when I was a child.” Historians write about Dr. Hamner having one of the first cabins on Gantt Lake. Hamner Road is one of the dirt streets near the Valley of Shiloh.

A relative of this writer sent her son to Gantt a couple of years ago all the way from Salt Lake City, Utah to scoop up a plastic medicine bottle full of Gantt soil. She was a Bullock and that family lived when she was a child in the 1920s and 30s in one of the houses on the highway (Hwy. 29 N.). She had fond memories of her childhood in Gantt, Alabama!

A lot of activities in the old days centered around the two churches, the Baptist and the Methodist, where church bells could be heard ringing out over the town.

Because Saturday nights always got a little rough, the ladies and children were not allowed on the streets. When Sunday morning dawned, if someone had not been shot, cut, or stabbed, the “timid women and pious men” would breathe a sigh of relief! After all, there were two downtown saloons around 1905!

All of the endless pleasures of growing up were a part of Gantt including swimming in the river, playing with all the children, and roller skating in front of the Methodist Church where the dirt was the hardest.

All of the homes were open with big windows, open doors, friends, families, strangers going in and out, sitting on the front porches talking to people as they walked by. Each house had in its yard a cow, chickens, and a garden in the back yard, and, of course, a mule or horse to plow the garden and for transportation. Gantt resident Jean Harrell expressed this so romantically in her article about Gantt in “The Heritage of Covington County, Alabama” volume.

The weekly trip to Andalusia on Saturdays was an established ritual but not necessary, because there was very little besides a “picture show” and a courthouse, of course, that Andalusia had to offer that was not found in Gantt. There was a drug store, a bank, a hotel, a commissary, a freight and express office, a market and grocery store, a barbershop, warehouses, and churches.

Many people have their family roots buried deep in the heart of Gantt. The Brogden, Pruitt, and Darby families come to mind. The Able Family Cemetery is on the town side of the river and the Gantt Family Cemetery is across the river where slave families and Civil War soldiers are buried. An historical photo shows an old iron bridge crossing the river in that vicinity. It is remembered that the river was not as wide as today prior to the building of the hydro-electric dam. Now that the water has been lowered temporarily (in the fall of 2019) for maintenance of the dam, evidence of timbers of the old bridge and the railroad trestle can be seen according to Power South’s David Wyatt.

The exodus from the village took place during the Depression years when the timber ran out and hundreds from the south went to work up north in industrial plants. Also, into the early 1940s, the men were called to serve in World War II.

Gus Bryan wrote, “No Trespassing and No Fishing signs mark the spots near the present dam where many residents had spent so many happy hours.”

In 1942 C. W. Green and his brother Olen along with C. W.’s sister-in-law Gay started Green’s BBQ Pit at Gantt Beach where only a hot dog stand was located. Many picnics and swimming parties were held there. The factory girls from Alatex and soldiers from Fort Rucker were attracted to the signs advertising, “Swim and Dine at Gantt Beach.”  The Greens established a night club there that became Lakeside during the post WWII big band/orchestra era. Even “old” Hank Williams gave a show – well part of a show! In 1945 C. W. married Georgia Bell Mathis from Mississippi, and they moved the BBQ restaurant over to the main highway.

“It was a small place with a window where you could see the barbecue meat cooking on the pit. The pit is in the same place. We just built everything up (the restaurant) around it.”

By 2003 daughter Diane Green Pettie, owner and operator of the restaurant, stated in the newspaper account, “With longtime worker Jo Florence at the helm, meat was cooked, hickory smoked, hand-chopped, and served which knocked off the socks of the judges. The secret’s in the sauce!”

The caption in the picture reads, “OUT OF THE PIT GOODNESS – Jo Florence, “The Barbeque Queen of Covington County” reaches in and pulls out a fresh pork shoulder from the original pit at Green’s Pit BBQ in Gantt.”

Mrs. Georgia Bell Green always made sure the meat was chopped with that personal touch that Green’s BBQ was known for. She was always a welcoming hostess eager to please her customers.

Andalusians and Covington Countians were sad to hear the news this past week (October 2019) that Jo Florence, long-time Gantt resident, had passed away. There is no telling how many people in the county and neighboring counties, celebrities and politicians she met and knew through the years at the restaurant.

Once during a political season, Gov. Don Siegelman was the celebrity at the restaurant for the evening. Jo Florence later told one of the diners, “He was not just here for the show. He was a worker. He was in and out of that kitchen serving!

Jo Florence, one of seven children of the late John D. and Stella Florence, had worked for the Green family for some sixty years. Her father and mother had both been cooks for Mr. C. W. at Gantt Beach. “Miss Jo” (known affectionately as Jobie) was known and loved by many who ate at the Gantt restaurant.

Her consistent and impeccable work ethic will long be remembered. All those who worked in the kitchen knew who was “in charge!”

Jimmy Wilson, long-time Andalusia resident said, “When I was just a child, I would go up to Green’s with my parents. I remember Jo working there at that time. She was real young then and would be standing on a milk crate, chopping meat on that wood block and sometimes washing dishes. Anyone who ate there would always hear that familiar chopping sound. She would always greet the customers and local folks. Everyone loved her, and she made a lot of friends. She was just part of the Green tradition until they closed around 2013.”

Her sister Evelyn Finley remembered that Jo knew just how to make those deep fried apple pies out of homemade dough  that was rolled then filled with fruit mixture and pinched or mashed with a fork around the edges. A glass display case at Green’s BBQ always contained a sampling of those delicious apple tarts that no one could resist!

Born in November 1948, Jo was a graduate of Woodson High School around 1966. She rode the school bus from Gantt. “I will really miss her for I went to see her almost every day,” Sister Evelyn said. “Jo was the 4th of the 7 children. She would oftentimes choose to go with the Greens on vacation to the beach rather than go with us to Birmingham to visit relatives.”

Billy Green emphasized Jo’s loyalty to his family and family business. “My mother Georgia Bell and Jo were almost inseparable for many years.”

After all, some editorialist once wrote, “It is my belief that faith and loyalty are still able to lift common men to greatness.”

The Florence family continues to play a vital role in the day to day operations at Hilltop owned for many years by the Greens and now under new management by Kevin and Kellye Rodgers.

English Poet Christina Rossetti penned in her famous death poem, “REMEMBER,” “Remember me when I am gone away.”   We will, Miss Jo, we will.