ELMORE TO BE INDUCTED INTO HOF 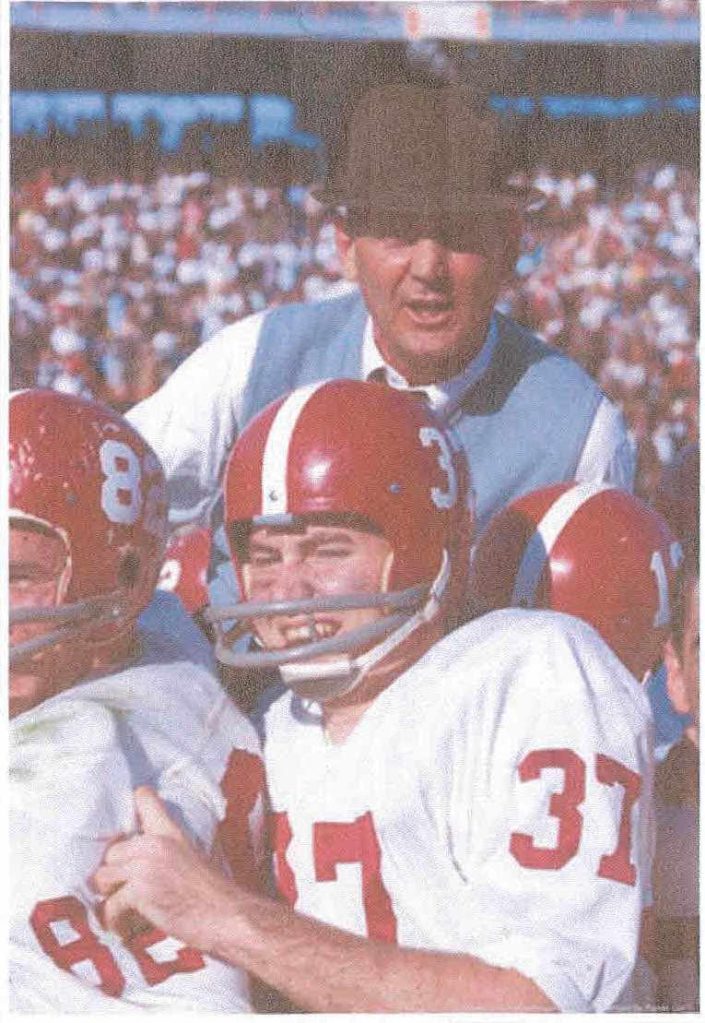 Even though he transferred to Carroll High School his senior year, Grady Elmore has always called Andalusia home and now he is one of the five being inducted into the Andalusia High School Football Hall of Fame.

Grady Elmore, Jr., lettered on AHS’ ‘58 State Championship team as a sophomore and started at quarterback and defensive back as a junior in ‘59. He transferred to Carroll High his senior year (‘60), where he was named Most Outstanding Back, 1st Team All-State by the Montgomery Advertiser and the ASWA and Hon. Mention by the B’ham News. He was also named All-State in basketball, played in the State All-Star Basketball Game and in the Wiregrass East-West All-Star Baseball Game.

After graduation, he signed a scholarship to play football at the University of Alabama, where he earned 3 letters each in football and baseball. He was Bama’s kicking specialist and played in three bowl games – Orange (‘63 & ‘65) and Sugar

(‘64). He started the ‘64 SEC and Nat’l Championship season at Safety, before suffering a knee injury.

After graduation, he had a successful coaching career at Hardaway High School and Jacksonville State University.

“My best memories are the friendships I made,” Elmore said. “Also, the great Andalusian support for our athletic teams.”

Elmore said he is honored to be chosen as an inductee.

“I feel honored, blessed and grateful to be considered as a nominee, much less to be selected,” Elmore said. “Even though I transferred to Carroll my senior year, I have always considered Andalusia my home.”

RAY TO BE INDUCTED INTO HOF