RAY TO BE INDUCTED INTO HOF 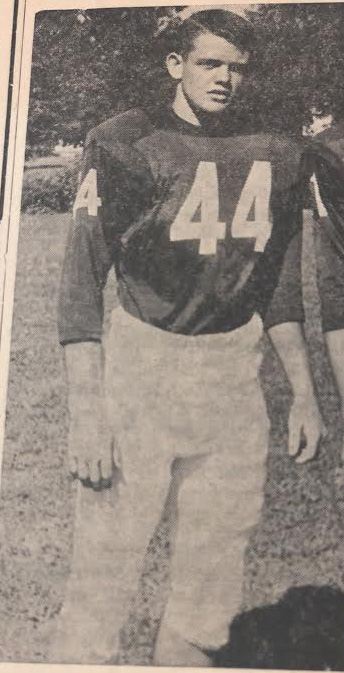 Mike Ray is one of five being inducted into the Andalusia High School Football Hall of Fame this Friday.

Ray, was a three-year letterman in football and baseball at AHS in

Andy’s Best Blocking Back. After graduation, he a signed scholarship to play football at Samford University where he was a four year letterman at running back.

He was Samford’s leading rusher in 1968 and 1969. As a sophomore, Ray set a Samford single game record of 29 carries while gaining 157 yards, the second best running performance in Samford history. He was named Offensive MVP and elected president of Samford’s “S” Letterman’s Club in 1969.

Ray said some of his biggest memories was the coaching change his senior year and the bond between the players.

“We had a coaching change the summer of my senior year,” Ray said. “He was a young coach from UMS Wright. So, there was a lot of uncertainty. We were a tight knit group and we all grew up together. We would actually play on Saturday afternoons in the front of the school.”

One game that he will never forget will be his last game against Opp.

“I remember thinking that it was going to be my last game of football forever,” Ray said. “I had talked to some college scouts before then, but me and my buddy David Moore sat together on the car ride home still in our shoulder pads and jersey’s because we thought it would be our last time wearing them.”

Ray said being inducted into the Hall of Fame is a great honor.

“The thing about those players now on Friday nights, that’s there way of saying thank you,” Ray said. “I am just humbled that this gives me another chance to say thank you.”