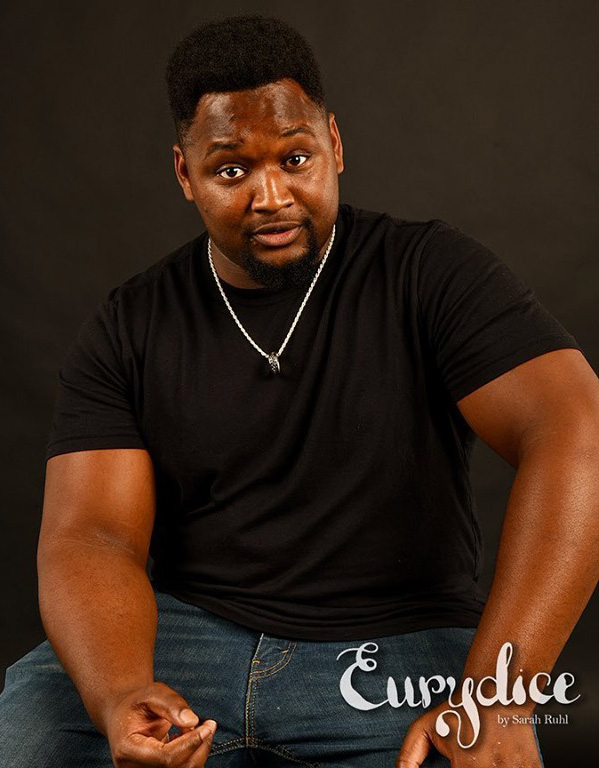 Andalusia High School alumnus Carlos Luckie decided to take the stage during his senior year at AHS and found his calling.

Now, the junior at Troy University has performed in two main stage plays and is gearing up for graduate school auditions.

This September, Luckie performed as Big Stone in Troy University’s production of Eurydice, a 2003 play by Sarah Ruhl, which retells the myth of Orpheus from the perspective of Eurydice, his wife. The story focuses on Eurydice’s choice to return to earth with Orpheus or to stay in the underworld with her father.

“I play Big Stone in the play and basically him and his fellow stones want to have order in the underworld,” Luckie said. “They don’t like it when you are sad or are thinking about your past life. They believe you’re supposed to forget your other life when you get to the underworld. The stones are the characters that kind of keep the status quo.”

Two days before the audition, Luckie found out about the part and learned a new piece specifically for the role of Big Stone.

“I was really excited to be cast in this role,” Luckie said. “I had never actually read the play before, so I didn’t really know anything about the roles. I found out we were doing that specific show two days before, which was enough time for me to research the characters and prepare something for the audition.”

Luckie had performed only once before on the main stage when he was cast in To Kill a Mockingbird.

Before Troy, Luckie was a part of the Andalusia High School theatre program under Cavelle Jones and was a scholarship recipient for the theatre program at LBW Community College under Eric Lidh.

“When I got to Troy, I was kind of out of my element,” Luckie said. “I decided to do the whole theatre thing when I was a senior in high school. So, I didn’t know much about the people in the industry, plays or anything like that. As far as training, I wouldn’t say I was behind in that aspect. Mrs. Jones and Mr. Lidh made sure that if anything was to go wrong in a performance, you know what to do. We did a lot of improvisation in their classes and it helped me think on my feet. So, during an actual play if something went wrong, I wouldn’t slip in that moment. It is a great skill to have and I am thankful I worked with them.”

Luckie got into performing because he said it is something that brings him joy.

“I just feel happier performing,” Luckie said. “I can be in a bad mood and then I can think about how I will perform something and it will get me out of it. It is one of the only things I am passionate about and I am a firm believer in trying to do something for the rest of your life that you’re passionate about.”

Looking forward, Luckie plans on auditioning for graduate school programs, but does not know exactly where yet.