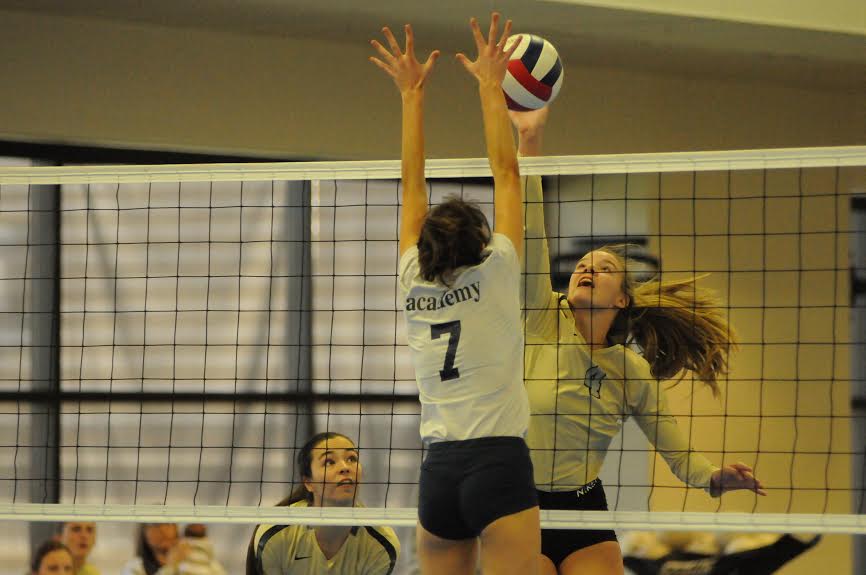 Straughn, Opp and Florala ended their seasons Thursday at the AHSAA South Super Regional Volleyball Tournament at the Multiplex at Cramton Bowl.

MA’s Mary Gray Turner led her team with 10 kills and six digs; Anaya Thomas contributed with eight kills and one block; and Anna Chapman and Brooke Horne had seven kills each. Millie Stevenson had 28 assists.

“They’re No. 1 in 3A for a reason,” Rodgers said. “I told our girls ‘in big times, big time players will make big time plays.’ The score doesn’t indicate how hard or how well they played. I was so proud of their effort today. They showed they belonged on the court.”

Rodgers said he hates how the season ended for his seniors, including Katie James, Cambry Scott, and Brittany and Avery Bates.

“I hate that it’s ended for them, but at the same time I’m proud of them for the legacy they’re leaving,” he said. “They showed improvement from last year. I told the girls coming up it’s a challenge for them to show the course for next year.”

Rodgers said the Lady Tigers will return a lot of experience next season.

“Next year, we’re looking at three seniors,” he said. “We’ll have slew of 11th graders. We’ve got a lot of experience coming back next year.

“I’m excited to see how much experience they’ll gain over the winter and spring, and how they’ll use it next year,” he said.

PCA’s Lennon McAnnally led with 13 kills and 15 digs; and Victoria Wheeler had 12 kills and two blocks along with three assists. Emily Kamykowski had 15 digs.

“We knew coming in that we would be facing a very good private school,” Brantley said. “That is what it is in our world. I think they played well.”

OHS fell behind 2-0 to PCA, but fought back in game three behind a loud and excited home crowd that made its way to the capital city.

“When we get loud and we get excited, we make some magical things happen sometimes,” Brantley said. “It’s hard to maintain that for five sets. They did a great job of holding their own against a great team.”

Brantley said she was proud of how the girls never quit or let up.

Brantley said the girls fought hard given some adversity they faced prior to the tournament, including losing their outside hitter to an ACL tear and five seniors off of last year’s team.

“The fact that they fought through all of that and prepared even through injuries, I’m very proud of how they finished,” she said.