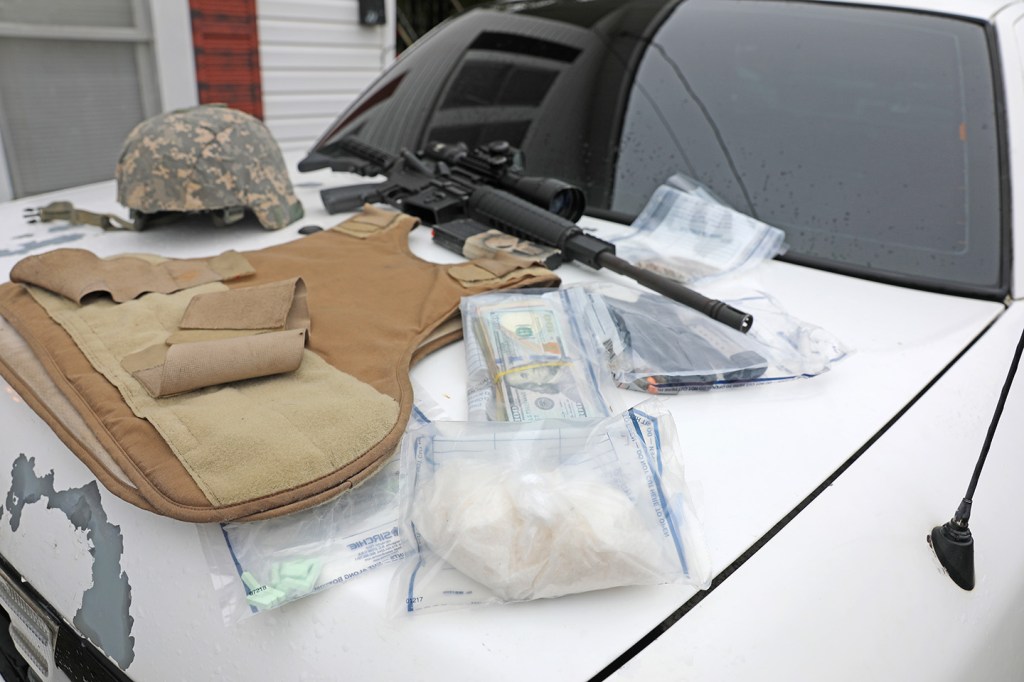 An Andalusia man is facing multiple drug-related charges and being held on a $1.7 million bond after the 22nd Judicial Circuit Drug Task Force executed a search warrant Wednesday morning at his apartment.

TyShawn Maurice McCaster, 28, of McClendon Avenue, Andalusia, is charged with four counts of distribution of a controlled substance; trafficking in methamphetamines; receiving stolen property third; and possession of drug paraphernalia first. He also had an outstanding failure to appear warrant.

Investigators recovered eight ounces of imported methamphetamine or ICE, Xanax, synthetic marijuana known as Spice, three firearms, a bullet-proof vest and helmet, and a large sum of U.S. currency. One of the firearms, an AR-15, was stolen.

DTF Commander Mark Odom expressed his appreciation to the law enforcement agencies which assisted in executing the search warrant Wednesday morning, and praised the work of DTF officers in their investigations that obtained the evidence needed to secure a search warrant.

Andalusia Police Department Chief Paul Hudson said, “I appreciate the hard work and dedication of the DTF to help eradicate illegal drugs from our community.”

Sheriff Blake Turman said, “Our DTF and Incidence Response Team did a good job in successfully serving a warrant and getting a criminal off of our streets. This is an excellent example of a team effort from all agencies in the county, and that’s what it will take to clean up our community.”

The investigation is ongoing, and additional charges may be filed, Odom said.