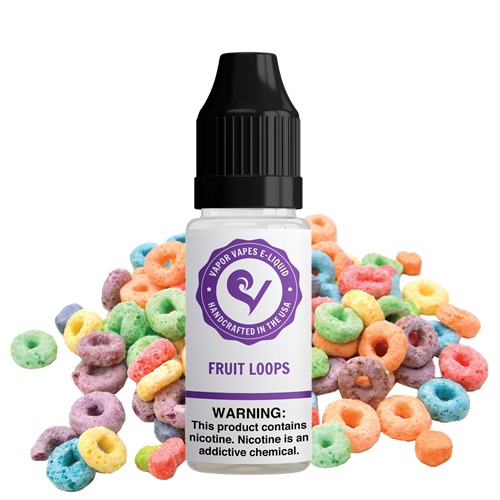 Vaping comes in all sorts of fruity flavors are luring teens into the vice and making it more favorable for them to continue to use them, as new study shows.

“One of the most important pieces of data to me are the questions pertaining to ‘perception of risk,’” Short said “This is significant because when perception of risk goes down, usage goes up and many adolescents do not perceive E. cigarettes as dangerous.”

Short shared the results of the following question: How much do you think people risk harming themselves physically or in other ways if they use an e-cigarette (vape pen, e-liquid, JUUL, N2, Joytech) excluding marijuana products?

Student data collected the percentage of students who thought that e-cigarettes were a great risk.

The journal Pediatrics recently published findings from a new study from a California High School found that teens who vaped with flavored other than tobacco and menthol were more likely to maintain their habit.

In the study researchers tested to see if students really vaped more with flavors they liked.

Some 478 high school students were asked five sets of questionnaires. They had all reported they vaped. The questionnaires were filled out twice during their sophomore years in high school and continued twice a year through the spring of their senior year.

Those who reported they vaped were asked if they had used a fruity flavor. Then, six months later, they were asked how many days they had vaped in the past month and how many times they had puffed during the use.

“Once they’ve started, if they use a sweetly flavored product, they’re more likely to stick with it,” said study leader Adam Leventhal, director of the USC Health, Emotion, and Addiction Laboratory, in the Los Angeles Times.

“It’s that simple,” he said. “If the product you’re using is really appealing, you’re more hard-pressed to put it away.”

In 2009, the Food and Drug Administration restricted kid-friendly flavors in cigarettes, but did not extend those rules to e-cigarettes.

Short said she plans to work with the schools to talk to students about vaping and the dangers of it.

“I really want to start with the sixth grade,” she said. “It really seems to be a problem for 10th and 11 graders. We have found when the perception of risk goes down, the usage goes up. Most do not consider themselves smoking.”

Short said many think that vaping is like a vapor, but that’s not what’s going out of JUULs.

Many of the agents in e-cigarettes have unknown

Short said she goes to Montgomery often to try to impress upon legislators to completely do away with candy flavors.