O’Neal served his country in Vietnam 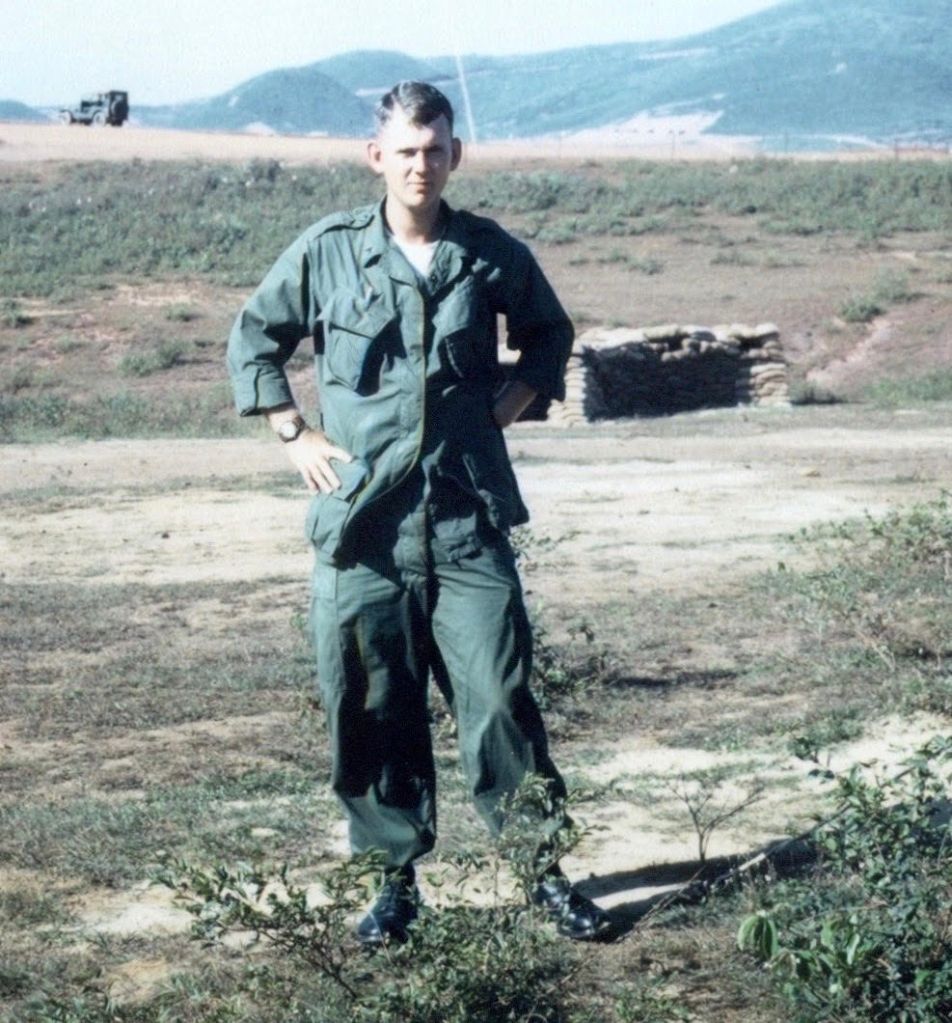 Lester C O’Neal was born Jan. 12, 1946, in Andalusia. to  Robert and Charlotte O’Neal. Lester had 3 older siblings, Patricia, Tommy and Bond. Lester was named for his uncle, Dr. Lester C O’Neal, a surgeon in the Army in WW II, who had been killed in Italy.

Lester attended Andalusia schools and graduated from Andalusia High School in 1964. In Sep. of that year, he joined the Marines and was sent to Paris Island, SC for basic training. He joined under the buddy system with his friend, Grider Wilson.

Lester’s MOS [occupation code[ was motor transport. After basic, he was sent to Camp LeJeune, NC for further training. From there, he joined the 3rd Marine Division, which was sent to Okinawa. Lester flew to California and boarded a Navy transport with other Marines bound for Okinawa. They were in transit for 21 days, making stops in Hawaii and Japan before arriving in Okinawa. When Lester joined the 3rd Marines , he was told that he would do a 13 month tour in Okinawa. They arrived at Okinawa in late 1965 and less than 24 hours later, they were put on board an Air Force C-130 and flown to Da Nang, S. Vietnam.  This would be the beginning of his 1st tour in Vietnam with the 3rd Marines, who had been moved to Da Nang. Vietnam.

Lester served 2 tours in Vietnam and he said that the mission they were given was drastically different for the 2 missions. On the 1st mission, they were told their job was to become friends with the Vietnamese, in hopes of discouraging the populace from joining the Viet Cong. At that time, the Viet Cong were an entrenched guerilla force in the South. The Marines went out into the countryside and brought food, medical supplies and brought along dentists and doctors to treat the people there. Lester was attached to a Marine Transport unit their ferried supplies and ammunition from Da Nang to the combat units in the field. The biggest danger came from ambush and IEDs, planted by the Viet Cong along the roads and trails. The primary vehicle they used was the  2.5  [deuce and ½] ton truck and M76 Otter, an amphibious tracked carrier made of magnesium and lightly armored. The first tour lasted  13 months and Lester was sent back to the states for a year. At the end of a year, he was returned to Da Nang  for his 2nd tour, this time with the 9th Marines.

By the time Lester returned, the North Vietnamese had invaded the South and they became the primary enemy of the US forces.

Their orders were quite different this time around. Bluntly stated, they were to kick ass and take no prisoners.

Lester’s unit worked with the 6th and 9th Marines, inserting men in places where the N. Vietnamese were concentrated. Sometimes a whole company or battalion of Marines [including O’Neals transport units]  were flown in by helicopter for a particularly large battle.

The transports brought supplies, ammunition and weapons from a depot at Dong Ha to the engaged troops near the  DMZ  [demilitarized zone]. Lester’s transports were close enough to the battles to observe the two sides exchanging artillery fire. He said the US would bombard the N. Vietnamese positions for an hour across the DMZ, then go back to their foxholes while the N. Vietnamese bombarded them for n hour. One major difference was that the US troops had air support in the form of B-52 bombers. They flew high and Lester said you would only know they were around when the bombs hit the enemy positions. The ground really shook on the US positions during the bombing. Its was hard for the US troops to imagine how conditions were over in the N. Vietnamese positions.

Taking supplies to the front was hazardous because of the closeness to the enemy but the trip back was even tougher because they were returning with dead US Marines in body bags.

After 13 months of his 2nd tour, Lester was returned to the states. He had 90 days left in his enlistment and spent that time at the Marine base at Little Creek, Va.

After coming back home, he enrolled at Troy State, using the GI bill and graduated in 1971 with a degree in business. While at Troy, Lester met Beverly White,  from Cullman, and they were married in Aug. 1969. Upon graduation, the O’Neal’s moved to Andalusia where Lester joined his father, Robert and brother, Bond in the insurance business.

The O’Neals are the parents of Dr. Carrie Alexander [Jason], an Internal Medicine Specialist in Birmingham and Mike [Amber], who works in the family business with Bob O’Neal [Bond’s son]. Lester retired from the O’Neal insurance agency in 2016.

Celebration of Heroes to feature six local veterans in…