Glover has had a life of service to country, community 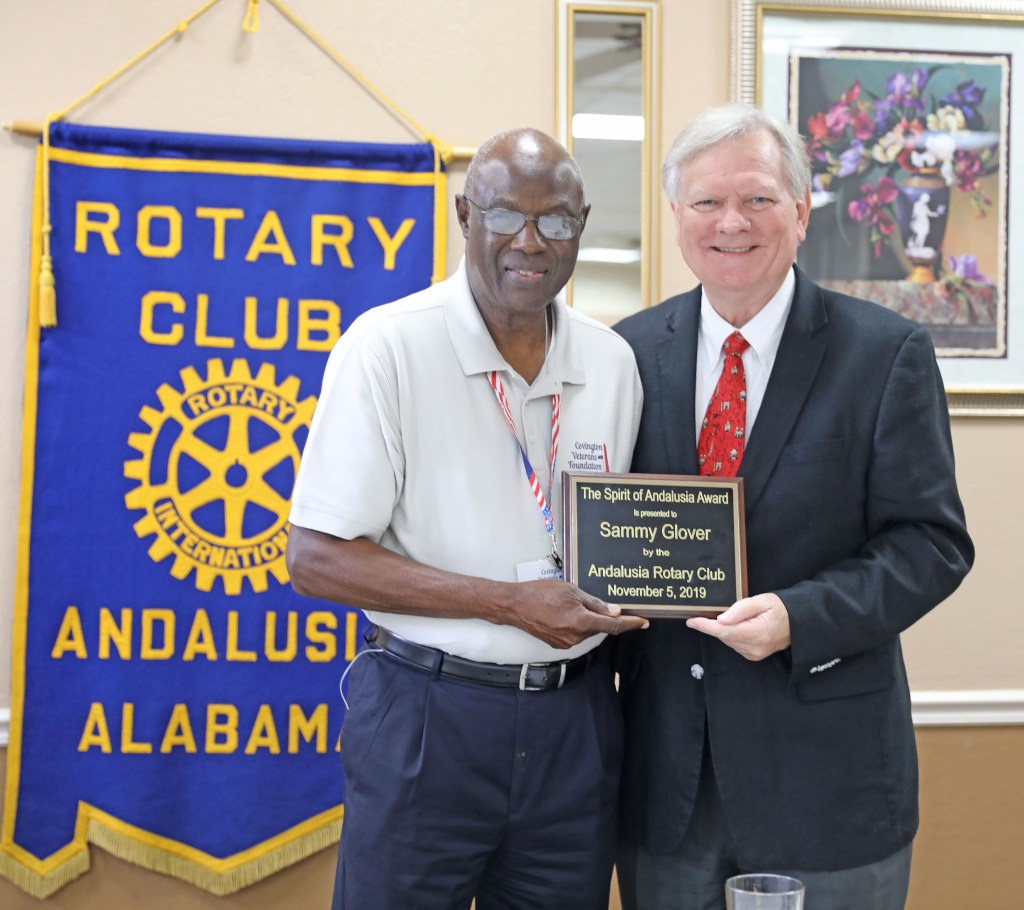 Glover is an Andalusia native, who has spent most of his life here, and has worked to make it a better place.

“When I came back to Andalusia after serving in Vietnam, service was on of the things that I strived to do,” Glover said. “Since that time, I don’t hunt, I don’t fish and I don’t play golf. I serve. That is my aspiration for the City of Andalusia. It is organizations like this that inspire me to do what I can to help the community. This community has been so good to me and honors like these just make me want to do more. I appreciate this award and I will cherish it for the rest of my life.”

He currently represents District 1 on the Andalusia Board of Education. He was elected by acclamation in 2018, but it was his second affiliation with the board.

Glover was first appointed to the board in 1989, when he became the first African American member. He served for 14 years. In December of 2001, he was selected one of the five school board members statewide to be honored as outstanding board members.

He is a graduate of Woodson High School. After high school, he enlisted in the U.S. Army and served for three years, including a tour of duty in Vietnam. After his military service, he returned to Andalusia where he worked for three years as a sales clerk for the Alatex outlet store.

The Amalgamated Clothing and Textile Workers Union hired him in 1969, first as an organizer and later as a business manager. Later, he became manager of the Alabama and Florida districts with offices in Andalusia and Miami. He served in this role until he retired from the organization in 1996.

Glover served on the board of directors of the Andalusia Regional Hospital for 10 years.

He is a member of the Andalusia Lions Club, where he served one term as president and was honored as Lion of the year in 2002.

The Andalusia Kiwanis Club named him citizen of the year in 2017.

Glover is a member of the St. Peter Missionary Baptist Church where he serves as Sunday school teacher, a member of the deacon board and chairman of the board of trustees.

He and his wife, the former Annie McGhee, have one daughter, Tami, who resides in Huntsville.