Entrepreneur found sweet spot when he planted tea in Andalusia 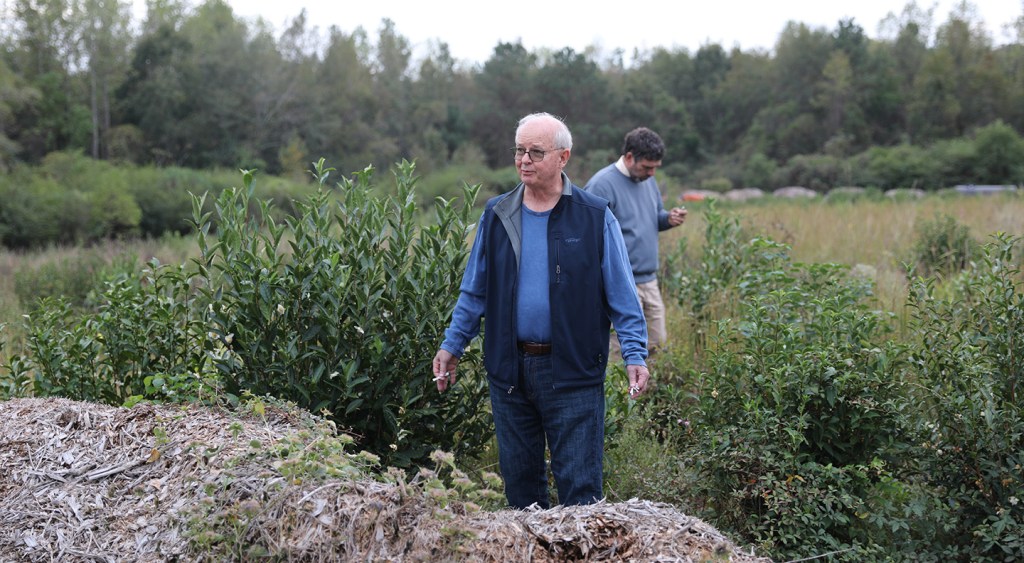 Eight years after he began an experiment in growing tea in Alabama, Bob Sims is pleased with the progress his plants have made in Andalusia.

Sims is an Alabama native who lives in Texas. The entrepreneur had long had an interest in growing his family’s tea business from the sale of tea to the cultivation and processing of tea. This week he said that while he isn’t ready to begin harvesting tea, it would have been possible in Andalusia this year.

Working with British tea consultant Nigel Melican, Sims imported seeds from a tea plant in ex-Soviet Georgia. Melican said in 2013 he believed the plants would do well here.

And in 2013 he described the tea plants being grown here as hearty – “built like a Soviet tank.”

When the 20,000 seeds left the Republic of Georgia for Andalusia in 2011, it was 20-below there. Some were damaged by the time they arrived, but Sims worked with Andalusia High School ag instructor Anthony Mikel and his students to get the planted in greenhouses here. Two years later, 7,000 plants were transplanted on approximately 11 acres at the entrance to the city’s industrial park.

And Melican must have been right when he described the tea as hearty – the plants survived this summer’s drought without irrigation, Sims said Monday.

“We pruned the plants back to 18 inches in January last year,” he said. “At the lower end of the field, they are six feet tall.”

The idea is to continue cutting them back until they grow into a hedge.

Sims said the timing in getting the seeds going here was perfect.

“Getting cuttings from overseas is not happening anymore,” he said.

Long term, Sims would like to work cooperatively with area farmers to grow tea on their farms. He envisions producing specialty loos-leaf teas that could retail for more than $100 a pound.

Tea also is being grown in Mississippi, California, Hawaii, Oregon and South Carolina.