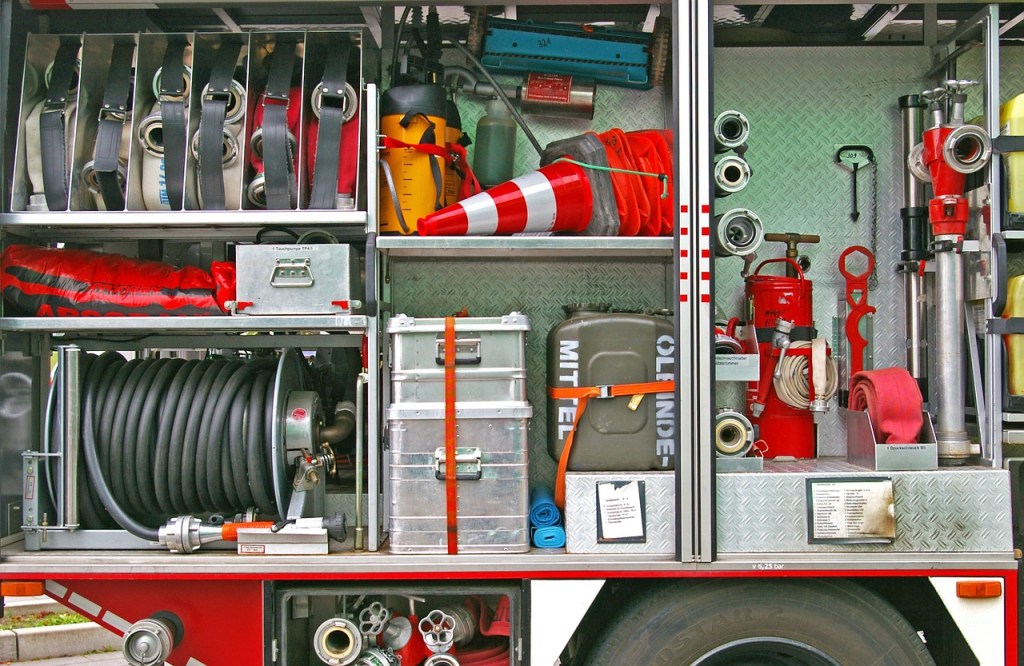 Say adding city of Florala to fire tax allocation would take away from volunteer fire, EMS

More than 20 first responders showed up to the Covington County Commission’s regularly scheduled meeting yesterday to voice their concerns about adding the City of Florala to the fire tax.

In October, Florala Mayor Terry Holley approached the commission asking for assistance because they pay $20,000 a year for a rescue squad.

The fire tax is under Amendment 564 of the Alabama Constitution and was adopted in 1993, which Covington County Commission chairman Greg White said was voted on in the county.

According to the amendment, “The County Commission of Covington County shall levy and collect a special property tax, in addition to all other taxes now or hereafter provided by law, of three mills on each one dollar’s worth of taxable property as assessed for the state ad valorem taxation during the preceding year. The proceeds of the additional taxes levied by this amendment shall be used exclusively for fire, emergency medical, and rescue services.”

Brandon Holland with the River Falls Volunteer Fire Department expressed his concerns saying that if Florala did merge with the fire tax, it would take away money from the existing agencies.

“There are 21 different fire departments and that’s not including EMS squads,” Holland said. “With the money being split 25 different ways, every single bit of that money counts.”

Holland said that if Florala does become part of the fire tax, then the different agencies will start looking at ways to get more money.

“One way that we can get some of the funds is we can get the people that are licensed EMS folks that are licensed through the state of Alabama and our thought is we can approach the state of Alabama EMS office request an EMS license with ALS transport which would make us a part of the EMS office and the EMS rescue squad association,” Holland said. “That would then put us in the same status as the two EMS services that are in the county, which then we would come back and ask the commission for a separate section of that money. That way we would technically get more money based on the way the current tax is split up. We don’t plan on doing that, but it depends on what happens with Florala.”

Justin Knight with the Heath Volunteer Department stressed how important the money is to the several agencies in attendance.

“I can speak for all of the fire departments when I say that this money is valuable for our operations,” Knight said. “We provide these services in all types of weather conditions and we use the money to purchase equipment that helps us in these conditions. With the rising cost of equipment, it has become very difficult to manage the budgets for fire equipment. These departments provide a great service to our communities with a very limited budget and at this time, we humbly ask that any changes made to the money received by our departments be very well thought out so our departments will not suffer from those changes.”

Retired firefighter Buck Lee was working as a volunteer whenever the ad valorem tax was passed and he said that most fire departments are still struggling.

“I just want the commissioners to think about dividing up the money any further,” Lee said. “Most departments have already planned their budget for the year. They have already allocated money or purchased equipment for this year. So, if you do anything, I just ask that you don’t mess with it this year.”

Lee said that the tax was originally proposed so that fire departments could take out a loan for newer fire trucks.

County commission chairman Greg White said that he has been in contact with Alabama Emergency Medical Services about the issue.

“They got back with me yesterday and said that there can not be two licensed agencies in the same county,” White said. “As we said today, I don’t think we have the choice of sharing the funds.”

The commission ended the conversion saying there was not a decision that could be made about adding Florala to the fire tax.