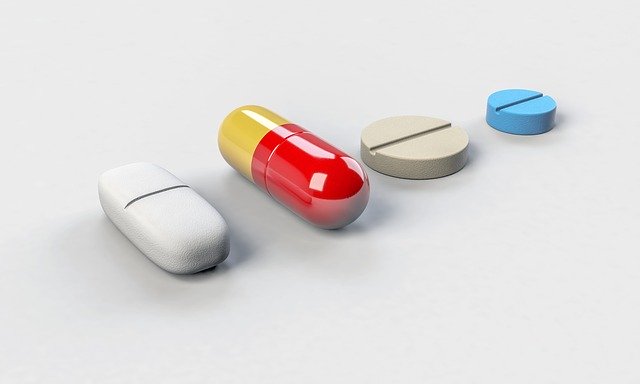 Several local independent pharmacies may have to cut back on services due to fees that are being pushed on them through multi-billion-dollar corporations in the middle of the pharmacy supply chain after the point of sale.

According to a survey by the National Community Pharmacists Association, 58 percent of locally owned pharmacies may close in the next two years.

Pharmacy benefit managers (PBMs,) which are the corporations that are imposing the fees work behind the curtain for insurance plans, including Medicare and Medicaid, to negotiate which drugs will be covered, steer patients into pharmacies of their choosing, require drug makers to ‘pay to play’ to be covered by plans, dictate how much pharmacies must charge for the drugs and they also decide how much to claw back from pharmacies long after the point of sale.

Owner of Bailey’s Pharmacy in Andalusia Jeff Bailey said the problem with the DIR fees is that they don’t know how much the fees are going to be until after the fact.

“Until the last two or three years, we didn’t know what the effect of it was,” Bailey said. “Basically DIR fees are what the insurance companies take back from us after they already told us how much they are going to pay us. So, we don’t really know what our DIR fees are going to be upfront. Some of them do it quarterly, some of them do it semi-annually and they keep increasing. I think all pharmacies would love to see a system where we know what the fee is going to be upfront and it stay that amount. It is honestly just very frustrating. When they first started out, the amounts they took were not that much, but now it is thousands of dollars.”

If the fees keep increasing, Bailey said they will have to start cutting back.

“We haven’t had to do that yet,” Bailey said. “But at some point we probably will. Even with chain pharmacies, they are going to start seeing it affect them, as well.”

Tavia Tillman, owner of Mallette Drugs said that DIR fees are her number one financial problem.

“It is very great for these big corporations because they get it on the back side you just have to pay it,” Tillman said. “You don’t know how much it is going to be and they are not really clear on it when you sign up for a plan. If they keep on increasing, you have to be really careful on if you want to select a plan because if you choose one that has a bad DIR fee then you might not be able to service those people in a year. You have to make up the money somewhere even if you have to cut staff or hours.”

Charles Smith with the Florala Pharmacy said the DIR fees are based on a percentage of the drug cost on each prescription and some of the fees on just one prescription range from 70 cents to $202.

Even on generic drugs, Smith said the DIR fees are taking away most of the money that would go to the pharmacy.

Smith said for most prescriptions it is hard to just break even with the DIR fees.

“How many generic drugs do you have to take to even break even?” Smith said. “You just can’t even fill enough prescriptions to break even.”

He is almost to the point of telling some plans that he can’t accept them, which in turn would hurt his patients.

“Those patients will have to go to another pharmacy,” Smith said. “My thing is, I’m just not going to take their plans. If I do less business, then yes, I’m going to have to cut back because I won’t need as much staff.”

Gregory Vaughan owner of T&C Pharmacy in Opp has updated his computer system to try and pin point how much his DIR fees are going to be per prescription.

“DIR fees are definitely a problem,” Vaughan said. “We actually updated our software this morning and it tries to calculate the DIR fees so you can see as your filling a prescription instead of seeing six months later and it is really eye opening. It’s scary, because on one prescription I was filling this morning, it showed that I was making $13 then it showed that my DIR fee was $16. Last year, we paid in the $100,000 range.”

When asked what the fix was, Vaughan said there was none.

“The thing with the DIR fees is that it was supposed to reduce the premiums for the patients,” Vaughan said. “But it looks to me like they are just increasing the profit for the PBMs. I mean they are getting $100,000 from me and I’m just a small town independent pharmacy.”

Vaughan has already cut back and staff because of the fees.

“If the fees keep increasing, there is nothing left for me to cut,” Vaughan said. “You can’t cut staff to where you don’t have anybody working, I’ve stopped buying new things, I mean we are still using the same computers that we have had for 10 years. We can’t buy ads in the paper, we can’t donate to little league teams and honestly that is hurting the community, as well.”

According to the survey, things are so dire that 48 percent of local pharmacies say they expect to reduce staff in the next year. Thirty one percent will try to hang onto the employees they have currently. Only five percent think they’ll create new jobs. In the next 12 months, 77 percent say they’ll be forced to try to cut costs by reducing the amount of money and support they give to community organizations. Thirty six percent say they’ll reduce hours of operations and 33 percent say they will cut services.