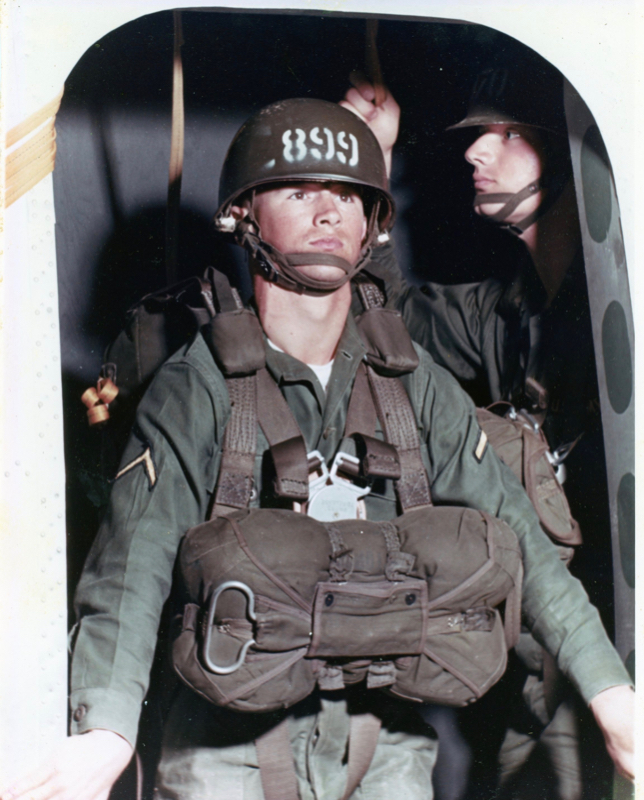 Gerald Dunn was a friend and neighbor, growing up in Andalusia in the 1950s,

next door to our home on Holley St. [ by the old  Alatex administrative bldg.].

He and my brother, Jimmy Vick, who was also a Vietnam veteran, were the  same

age. Gerald’s parents, Ralph and Betty were friends of my parents and I kept up

with them until their deaths in 2017. They never seemed to get over the death

Ralph Gerald Dunn [Gerald] was born in Andalusia in 1947. He attended Andalusia Schools

and  graduated from HS in 1966. He attended Auburn for a year before enlisting  in the Army in Oct. 1967. After finishing basic training in Ft. Jackson, S.C., he underwent specialized advanced infantry training at Ft. Gordon, Georgia. After that he was sent to NCO and Airborne School at Ft. Benning, Georgia. After the rate of Sgt., Gerald departed for Vietnam in Nov. 1968.

After arriving in Vietnam, Sgt. Dunn was assigned to K Company, 75th Infantry, 4th Infantry Division.  On Feb. 16, 1969, he took part in an operation with the 57th Assault Helicopter Co. which were tasked with inserting a Long Range Reconnaissance Patrol Team into a landing zone near Polei Kleng in Kontum Province, Republic of Vietnam. While attempting a landing, their aircraft, a US Army helicopter, UH-1D Iroquois, received ground fire from the enemy. The pilot, WO1 Normand P Perron, tried to climb out of the landing zone but reported that his controls were damaged. The aircraft then began a slow, spiral descent and crashed and burned.  All four crew members were killed as well as the four Army Rangers aboard including Sgt. Gerald Dunn. Ralph and Betty Dunn were notified of their son’s

death 6 days later. Not long after that, Sgt. Dunn’s body, accompanied by a military escort,

Foreman’s Funeral Home. Sgt. Gerald was given a funeral with full military honors a few

days later. Besides his parents, Ralph and Betty, Sgt. Dunn was survived by two brothers,

Both of Gerald’s parents are deceased now. His father, Ralph Gerald Dunn, Sr. and his mother,

Betty, were longtime employees of the Alatex.